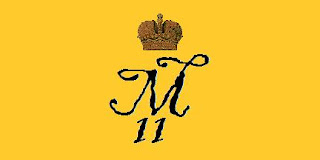 Everyone has heard by now about the dust-up involving Israeli commandoes boarding a Turkish convoy that attempted to run their blockade of Gaza. This gas caused ripples from Washington DC to a gay-pride parade in Madrid that turned away the Israeli gay contingent, so outraged were they about the plight of the Palestinians. Now, not surprisingly, HM Queen Rania of Jordan has weighed in on the subject. She minced no words in denouncing the actions of Israel, accusing them of making Gaza a “prison” and trying to defend evil policies by accusations of ant-Semitism. It should be noted that Queen Rania herself is of Palestinian origin and she has taken some criticism for this very strong opinion piece on such a controversial issue. Her position surprises no one but some hold that it should have been voiced by someone other than the Queen consort of Jordan.
HM Queen Elizabeth II, as most know by now, can surely sympathize with the old complaint that good help is hard to find (considering some of the antics of her employees that have been so notorious). Now there is a new one to add to the list via the southeast Asian Kingdom of Thailand. A British red-shirt protestor who was arrested during the recent government crackdown was discovered to have worked at Buckingham Palace as a porter in the 90’s. He was caught on film inciting others to loot and burn a Bangkok shopping mall.
On Wednesday HRH Princess Raginhild of Norway celebrated her 80th birthday (hat tip to Le Prince Regent in Ireland). The princess is the elder sister of HM King Harald V of Norway and has become known for conservative and traditional views. Her most famous (or infamous to some today I suppose) was probably her reaction to the less than conventional marriages of Crown Prince Haakon and Princess Martha Louise which she felt were lowering the prestige of the Norwegian monarchy. She even said on TV that she hoped she would not be around to see an unwed mother and former drug addict become Queen consort of Norway. A little harsh? Maybe so, but God bless her for being honest, sticking by her principles and not going with the flow of modern society. The Mad Monarchist wishes the Princess a very happy birthday.
In Vatican City His Holiness Pope Benedict XVI held mass for the closing of the “Year of the Priest” which is ending on a rather sad note due to all the recent abuse controversy. The Pontiff apologized yet again for the abuses inflicted by errant priests and begged the forgiveness of God and the victims involved. He also promised new and sterner measures would be taken within the Church against such offenders. In the past the Pope has referred to such priests as “filth” who must be purged from the Church and before his election to the Throne of Peter he led Vatican efforts to crackdown on such perversity. At the mass he also defended clerical celibacy which many have used the abuse crisis to attack.
HSH Prince Albert II of Monaco has been keeping a busy social schedule lately. Thursday His Serene Highness and longtime girlfriend Charlene Wittstock opened the 50th anniversary of the Monte-Carlo Television Festival, started by his father back when TV was new. The following day the couple were in South Africa for the start of the World Cup competition. Prince Albert is an avid soccer fan, Charlene likely enjoyed the opportunity to return to her native South Africa and both are, as most know, former Olympians who share a great love for sports in general.
Also on Thursday HRH Grand Duke Henri of Luxembourg started an official state visit to Croatia, though he was flying solo this time. The Grand Duke met with the Croatian President and Prime Minister and, in light of the support Luxembourg gave to bringing Croatia into NATO were mostly focused on getting the Grand Duke on board for bringing Croatia into the European Union. Of course, this subject always makes me ask “why” when the EU is hardly on firm ground as it is and it never fails to strike as absurd for countries like Croatia which only very recently gained the independence they so long sought would want to sign away their sovereignty by joining the ever-encroaching EU.
Posted by MadMonarchist at 12:26 AM