Monarchy Is Not Tyranny 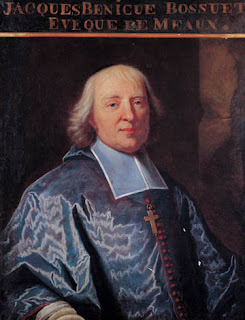 There are many who, ignorantly or otherwise, equate monarchy with tyranny. Unfortunately, some ill-informed monarchists also push this point-of-view as a positive (since such people view totalitarianism as a good thing). This has been a plague for monarchism and I see it time and time again. It is engrained in the minds of so many people that a monarch is either a tyrant or a totally ceremonial waste of money. At one time the common model of the constitutional monarch could be used to counter this belief but even that model, which worked well for a time and became fairly widespread, has been reduced today because constitutional monarchy is today equated with a totally ceremonial monarchy since monarchs are threatened with extinction if they dare use those powers that are legally their own.

I know it confuses many people when I state that my ideal is a monarchy that is absolute but not arbitrary. This inevitably leads to confused looks and it can be rather difficult to explain. To get around that difficulty I point to the words of the French monarchist Bishop Jacques Bossuet who wrote extensively on the powers, the obedience owed to and the responsibilities of princes. After explaining in detail the absolute, sacred and inviolable nature of monarchy Bossuet addressed what he termed arbitrary power to which he attributed four things. These four attributes of arbitrary government were (I) that subjects are born slaves and none are free, (II) no one possesses private property, the prince controls all sources of wealth and there is no inheritance, (III) the prince can dispose of the property and the lives of all in his realm at his whim and finally (IV) there is no law but the will of the ruler.

For those who would advocate such a system so long as there is a monarch in charge rather than a republican leader one could be forced to split some minute hairs over what exactly constitutes a monarch. For example, the communist government of North Korea would fit every one of the above criteria for an arbitrary state and they are ruled by a hereditary leader chosen from a single family. Would this be considered a true monarchy? Would putting a crown on Stalin make him a Tsar? Monarchists must ask themselves if there is really anything more to their beliefs than titles and decorations. Once again, Bishop Bossuet explains it quite well:

“It is one thing for a government to be absolute, and another for it to be arbitrary. It is absolute with respect to constraint - there being no power capable of forcing the sovereign, who in this sense is independent of all human authority. But it does not follow from this that the government is arbitrary, for besides the fact that everything is subject to the judgment of God (which is also true of those governments we have just called arbitrary), there are also [constitutional] laws in empires, so that whatever is done against them is null in a legal sense [nul de droit]: and there is always an opportunity for redress, either on other occasions or in other times. Such that each person remains the legitimate possessor of his goods: no one being able to believe that he can possess anything with security to the prejudice of the laws - whose vigilance and action against injustices and acts of violence is deathless, as we have explained more fully elsewhere. This is what is called legitimate government, by its very nature the opposite of arbitrary government.”

We can see another explanation of this in the supposed trial of King Charles I of Britain, who was certainly held (by himself and his royalists) to be absolute, holding a sacred and inviolable position, but who stated at his trial that his use of absolute power was to defend his people against the arbitrary power of the parliamentary military forces of Cromwell. After being condemned Charles I addressed his enemies one last time saying, “I must tell you that the liberty and freedom [of the people] consists in having of Government, those laws by which their life and their goods may be most their own. It is not for having a share in Government, Sir, that is nothing pertaining to them. A subject and a sovereign are clean different things. If I would have given way to an arbitrary way, for to have all laws changed according to the Power of the Sword, I needed not to have come here, and therefore I tell you…that I am the martyr of the people”.

Taken as a whole, it can be seen then a monarch, to fulfill their own obligations and duties before the Almighty, must not be constrained by the whims and fancies of passing majorities. As the martyred Tsar Nicholas II saw it, his absolute power was a divine imposition that he could not shirk by passing his responsibilities to others. At the same time however, such power cannot be arbitrary and holding all people as mere cattle for the ruler but must be exercised in upholding, as the Stuart king said, “those laws by which their life and their goods may be most their own”. The ruler of a state in which all property and the entire public is in every way “owned” by that state is no true monarchy but is the very definition of the communist state whether the ruler wear a workers cap, a top hat or a crown. The true monarch, like many who have gone to their martyrdom for this principle, fight for their absolute power (or divine right if you like) not out of personal ambition but because in so doing they are fighting for the absolute right of every one of their people to all that is justly their own.
Posted by MadMonarchist at 1:02 AM