The Enemies of King Leopold 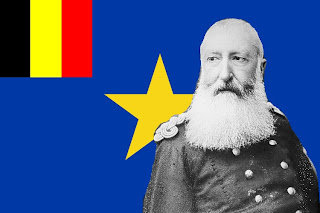 A number of people have used the image of King Leopold II of the Belgians and his rule of the Congo Free State to attack, not only colonialism/imperialism and the King himself but monarchy in general and the Belgian monarchy as a whole. Given that, it is worth looking at who were, in his own time, the most outspoken enemies of King Leopold II and what sort of men they were. Two were most prominent and effective in their criticism. One was the British Consul to the Congo Free State Roger Casement who wrote a report damning the colony which had far-reaching consequences. So, who was Roger Casement? Many of you, particularly those hailing from the British Isles, may have heard of him.

Roger Casement was an Irishman, born in Dublin to a Protestant military officer (his Catholic mother had him re-baptized in the Roman rite when he was 3) in 1864; the same year Leopold II became King of the Belgians. The connections of his father allowed him to become a British diplomat and he spent most of his career both in Africa and Brazil raising the alarm about mistreated native peoples. It is safe to say that he was, very early on, an enemy of monarchy and colonialism in general. This caused quite an international sensation and King George V of Great Britain even gave him a knighthood but Casement, evidently, was less than grateful for this honor from his monarch. After he retired from diplomatic service in 1913 he became a full-time republican revolutionary in Ireland.

Oddly enough it was the Kingdom of Great Britain and Ireland that had been among the most forceful in picking up and joining in on his condemnation of the Congo Free State yet he devoted the rest of his life to the destruction of this very government. He became a major figure in the Irish republican, nationalist crowd and raised money in the USA for the revolutionary cause. This would have been enough to condemn him as a traitor in Great Britain but things became worse with the outbreak of World War I when he actively sought out and negotiated an alliance with Britain’s greatest enemy, the German Empire, in the planned rebellion in Ireland. He even tried to convince Irish prisoners-of-war to form their own unit to fight alongside the Germans against the British. Those plans culminated in the Easter Uprising in 1916 and the proclamation of the first Irish republic.

This uprising, as everyone knows, did not succeed and Casement along with numerous others was arrested, tried and convicted of numerous charges, the most serious of which was treason. The trial also led to the discovery of his diaries which proved Casement to have been a rampant homosexual and pederast, perhaps even a pedophile. He was found guilty and hanged for treason against his King and country in quick order. In short, hardly the stuff of which heroes are made unless you are an anti-monarchist republican revolutionary it seems.

The other most significant figure in the business of opposing King Leopold II and the Congo Free State was Edmund Dene Morel. He was a British journalist, English on the side of his father, French on that of his mother, and had been born in Paris. He also eagerly spread stories, each more horrid than the last, of atrocities in the Congo, all of which he blamed squarely on the King, and he founded the Congo Reform Association in which capacity he made effective use of the report by Casement among his many activities. He recruited numerous famous literary figures to champion his cause, a long list of almost exclusively liberal and very anti-monarchist individuals. He left this work in 1911 and from there his story mirrors that of Casement to a large extent.

Despite being a British subject and born in France he was, very early on, openly sympathetic toward Germany. He wrote in support of Germany during the crisis over Morocco in 1912 and as the build-up to the First World War began he was again openly pro-German. His hatred of King Leopold evidently extended to the whole nation of Belgium as he advocated abandoning them to the Germans, did not think Britain or France should lift a finger to help defend the country and argued against France of Great Britain going to war against Germany. He became very much associated with far-left pacifist groups in Great Britain, particularly the Union of Democratic Control. When it was discovered that his longtime friend Casement had been plotting with the Germans to cause rebellion in Ireland and after he was hanged for treason because of this, Morel began to be suspected of being a German agent.

Morel was put in prison for a time for his anti-war activities and though he was on the side of some issues that were ultimately proven correct, he continued to drift farther and farther to the radical left. He later admitted that he had been a lifelong socialist and remained adamantly so up to his death in Devon in 1924. Now, it must also be said that the misdeeds of these men in no way excuse the misdeeds of King Leopold II, but they are not often even mentioned by those who hold them up as great heroes. However, the core ideologies of these men ultimately caused more death and more misery than even the most exaggerated accounts of the crimes of Leopold II. It is also noteworthy that most monarchists will certainly not hold up the late King as an example of monarchy at its best and yet the enemies of monarchy will hold up socialists, pederasts and traitors as heroes of their own.
Posted by MadMonarchist at 12:13 AM