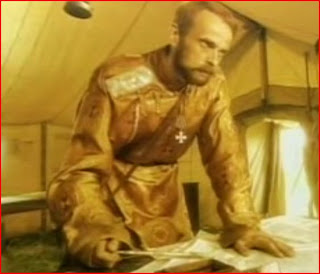 Today is Australia Day in the Commonwealth Down Under and this comes on the heels of what looks to have been a very successful informal visit by HRH Prince William of Wales, God-willing the future King of Australia. One way the success of the visit can be gauged is by the amount of whining coming from the republican traitors. You would think that I, your humble blogger, would be all smiles about this right? Of course not! Certainly I am glad the visit went off without a hitch and seems to be successful, but as to the overall situation I am still mad enough to chew pig iron and spit ten penny nails. Hence, we move into the realm of a monarchist ‘agenda’.

I was asked about this recently by a subscriber; what sort of general agenda should monarchists have; the one asking me being one of those rarest of breeds: an American monarchist. I replied that as monarchy is a non-issue in the US I think the immediate focus should be simply on getting Americans to understand that monarchy is nothing to be afraid of and at least not opposing monarchy. That would make it easier for individuals to support monarchist causes elsewhere as, let us be honest, the US, the “Great Republic” is never going to do that.

For those countries that are or were monarchies (the vast majority of the world) I reiterated my belief that no monarchist anywhere can afford to be complacent. Priority one should be shoring up support for those monarchies that survive and then pushing for the restoration of those that have fallen. Now, here is where I start to boil over. I am often infuriated by those faithless complacent ones of little vision who think that *their* monarchy is safe and therefore they can rest easy. Do NOT believe it! Now, I’m sure someone out there is thinking the madness of this monarchist is boiling over again since there are a number of monarchies, even in very liberal countries like Denmark, Holland or Sweden, where the monarch is approved of by very large majorities and no widespread republican movement exists. Do not be fooled by the pretty pictures my friends.

I will not rest easy until we get to a point where there are no longer ANY opinion polls on the monarchy at all. I want to get back to that place where the monarchy is considered such a solid, permanent and unmovable part of society that no one would even consider asking the people whether they think they should keep it or not! There should be no place for an opinion poll on the monarchy itself; it is the foundation of the country. Now, here is where the earlier mention of America comes into play. I would say 99.9% of Americans agree that republicanism is best, the US Constitution is the best and would never dream of changing it. No one could even imagine the USA becoming a monarchy. I want to see monarchies that are that safe and secure. Think about it; have you ever seen an opinion poll taken among Americans asking whether or not the US Constitution should be scrapped for a new model? No, it would be unthinkable because the Constitution is the foundation of the entire American government and way of life. The same should be true in the kingdoms and principalities of the world wherein the monarchy is that same foundation.

I don't mean to say that we cannot try to judge the mood of the public on any subject, but it is the mentality that I have a problem with. As stated before, I don't think any monarchy should be subject to an opinion poll; it is as absurd as asking people if they would favor taking away the divinity of God. Some things are or at least should be beyond the reach of popular opinion. That is why I have the agenda, so to speak that I do, and that is why I remain ... The Mad Monarchist.
Posted by MadMonarchist at 12:46 AM