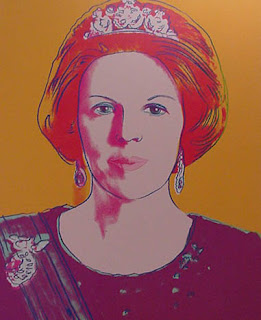 Today HM Queen Beatrix of the Netherlands celebrates her 72nd birthday. She was born HRH Princess Beatrix Wilhelmina Armgard of the Netherlands, Orange-Nassau and of Lippe-Biesterfeld at Soestdijk Palace in 1938 to then Crown Princess Juliana and Prince Bernhard of Lippe-Biesterfeld. Among her five godparents were Duke Adolf Friedrick of Mecklenburg and HM King Leopold III of the Belgians. She became Queen of the Netherlands in 1980 when her mother abdicated and since that time has provided steady, calm and courageous royal leadership to her country. She can truly be called courageous as she has had to deal with a number of volatile issues throughout her life from her marriage, problems involving Royal Family members and most recently an attack on her life and the lives of her family just last year. Ranked as one of the wealthiest royals in the world she would truly say that her real wealth is the loyalty and affection of her people which is widespread and heartfelt. The Mad Monarchist joins all loyal Nederlanders and all supporters of the House of Orange in wishing Her Majesty a happy birthday with many more to come!
Posted by MadMonarchist at 12:35 AM