The Latest from Mother Russia 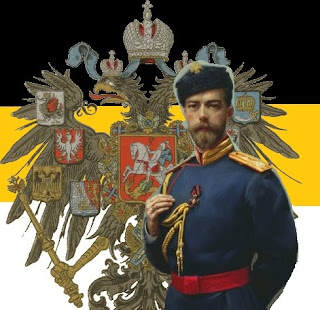 The office of the Romanov Imperial Family have stated, through an interview with a family spokesman, the requirements they have for returning to Russia, which are essentially granting a legal residence and the rehabilitation of the Romanov family name. Interestingly enough HIH the Grand Duchess is not pressing for the restoration of the Romanov family properties confiscated by the state. The statement indicated they may accept compensation for the extensive properities but would not take the actual properties back even if offered. This would include extensive tracts of land, numerous houses and palaces of historical and cultural importance. However, on the second score, HIH has filed a legal claim with the Russian authorities calling on them to rehabilitate in law the name of the Romanovs, particularly of course, HIM Tsar Nicholas II, saint and martyr. The Grand Duchess has stated that this is a matter of principle and of justice and she attaches the greatest importance to it. Also, yesterday Grand Duke George Mikhailovich arrived in Moscow for an official visit which include a number of activities but mostly centered around the enthronement of the Patriarch Kiril.
Posted by MadMonarchist at 2:09 PM