Centrality of the Roman Empire

I have often been asked (usually by those quickly sorry they did) just what is so significant about the Roman Empire. Some monarchists have even argued (hard to believe I know) that the Roman Empire was not really a monarchy anyway and so is unworthy of much consideration. Perish the thought! The Roman Empire is, of course, significant to everyone in the western world and any part of the globe touched by western civilization. The legacy of Rome permeates modern society to this very day in everything from language to politics to architecture to sports to religion and on and on. However, restricting myself to addressing monarchists here, I could easily argue that, not only was the Roman Empire a monarchy but it was, in a way, the monarchy of the western world. Throughout the vast majority of the history of western civilization the central institution, in one form or another, has been the Roman Empire. Referring to Rome as the “Eternal City” is no idle boast.

Consider just how long the Roman Empire has endured. The Western Roman Empire came to an end in 476 AD when Emperor Romulus Augustus was deposed. At the same time, the Eastern Roman Empire managed to endure, even briefly retaking much of the west, until the fall of Constantinople and the death of Emperor Constantine XI in 1453. However, that was still not really the end. In 800 AD the Roman Empire in the west was revived as the Holy Roman Empire when Charlemagne, King of the Franks, was crowned Emperor of the Romans in the Eternal City by Pope St Leo III. This upset the East but, at the time, Constantinople had only an Empress and no Emperor and the West was going to have none of that. Besides which, the East Roman or Byzantine Empire simply could not be an effective force in the west. So, the Imperial Roman title fell to Charlemagne of the Franks, ruler of most of western Europe. After passing from his family the title went in a German direction, eventually settling on the Archdukes of Austria. 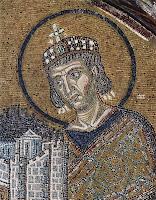 The Holy Roman Empire was the central core of western Christendom and the Holy Roman Emperor, though he certainly did not rule all of the west, was viewed as the preeminent monarch amongst the royal hierarchy of the Christian nations. Based out of Aachen originally, finally ending up in Vienna, the Holy Roman Emperors never ruled from Rome (which was the domain of the Pope) nor did they very frequently visit it. Focused largely on Germany the Emperors did rule much of Italy for lengthy periods of time but never permanently. Nonetheless, they represented the heirs of the Caesars of old and carried on the legacy of the Roman Empire. Otto the Great reestablished the empire that had broken up somewhat after the death of Charlemagne and he campaigned far into southern Italy. There was Emperor Henry II whose piety was so remarkable that he was later declared a saint and there was Emperor Frederick I who, for a time at least, forced the loose confederation of German states to become a more centralized empire. Emperor Charles V, also King of Spain, ruled the first empire upon which it was said that the sun never set.

In 1806 the Holy Roman Empire officially came to an end when Emperor Francis II of the Romans became simply Emperor Francis I of Austria. Thus, with one major and one minor interruption, there had been a Roman Emperor from Augustus in 27 BC to Francis II in 1806 AD. And yet, once again, it did not totally end there. In the east, Imperial Russia, and later even Bulgaria and others, claimed to be the heirs of Constantinople, taking the title of “Tsar” or “Caesar” for their monarchs. Moscow was declared to be the “third Rome” (Constantinople itself being the second) but it was never quite the same with Constantinople being in the hands of a different people, a different culture and a different religion; a fact which remains unchanged. In the west, the Holy Roman Empire may have ended but others were still determined to carry on the legacy of Imperial Rome. Napoleon Bonaparte imitated ancient Rome in a big way in building up his Empire of the French. Classical styles were revived, imperial eagles topped French standards, Napoleon referred to his soldiers as his legions and even wore a laurel crown like the Caesars of old.

The ties may not always be direct or unbroken but there is a discernable line in western history from Augustus to Constantine to Charlemagne to Otto the Great to Charles V to Francis II and then from the successor states down to some extent to Archduke Otto of Austria today. Much of the importance of this for monarchists, and certainly Christian monarchists, is because of religion, whether Catholic or Orthodox and even, though to a much lesser extent, Protestant Christians. Christ was born in the Roman Empire (which we must accept as intentional), early Christians were commanded by the apostles to ‘honor the emperor’ and the Roman Empire was the vehicle by which Christianity spread throughout the entire known world of the time. It would seem to be quite impossible, certainly for Catholics and the Orthodox, for a Christian monarchist not to understand the significance of the Roman Empire and just how much we owe to that empire and to fail to honor that legacy. The whole idea of church-state relations and what eventually became the concept of cross and crown or throne and altar goes back to the teaching of Christ, in the Roman Empire, to “render unto Caesar the things that are Caesar’s and unto God the things that are God’s”. The Caesar spoken of, at that time, was the Emperor Tiberius and the role of Caesar, the Emperor, was always extremely important in the Latin Church and if anything even more important in the Eastern Church. 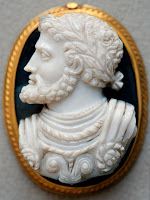 The whole concept of the social Kingship of Christ, of having a sacred monarchy, a society with Christ and Christian teaching at the center of it all goes back to when the Roman Empire first accepted Christianity (Emperor Constantine) and finally made Christianity the official religion of the empire (Emperor Theodosius). In fact, the first ecumenical councils of the Church, for a thousand years, were called by the Roman Emperor and presided over by the Roman Emperor. Many of these were in response to some divisive movement and it shows how, from the very beginning, in the Roman Empire, the Emperor was expected to defend the Church and defend the religion of the empire, just as later kings and princes were also expected to do. 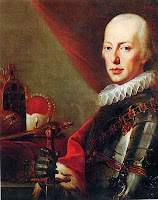 It would be possible to go on at length but, again, the pervasiveness of the Roman legacy for all westerners and monarchists in particular (and certainly Christian monarchists) makes it rather hard to single out certain aspects from such a flood of possible examples. However, whether it was Emperor Justinian and his reform of Roman law which became the foundation of virtually all law in continental Europe up until the revolutionary era, or the inestimable significance of Charlemagne for Western Europe, the foundation of what became known as the Holy Roman Empire around which all Christian monarchies revolved (though not always closely or peacefully) we can see how central the Emperor of the Romans has always been from Augustus Caesar in 27 BC to the abdication of Francis II in 1806. You can still go and visit the Crown of Charlemagne in Vienna, based on the Roman imperial tradition and see paintings of the Holy Roman Emperors wearing their traditional vestments which were all Roman in origin. There is no getting away from it and that is why I say that, not only was the Roman Empire a monarchy, the Roman Empire was, in many ways, THE monarchy.
Posted by MadMonarchist at 12:13 AM