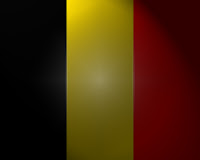 Blog member EBR recently posted this interview with Lord Keyes talking about his book which reveals how the Belgian King Leopold III was unjustly slandered as a scapegoat for Allied failures in the early days of World War II in the west. Also, blog member Matterhorn at The Cross of Laeken has been posting an excellent series defending the good name of the Belgian kings and refuting the many false and slanderous accusations made against them and the Royal Family at large over the years. I urge everyone to read Defending the Saxe-Coburgs Part I and Part II. As we can see with the current political crisis in Belgium there are many people who have made it their goal in life to destroy the kingdom and a key tool in that is to undermine respect for the Belgian monarchy which has traditionally been the one thing that united all Belgians (and we support the united Belgium). Long live the united Belgium and long live the King!
Posted by MadMonarchist at 5:05 PM