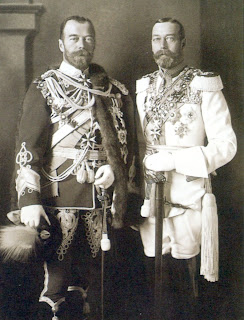 The spoiled brat brigade have been at it again in London. Teachers, students and union members carried out a "protest" against the cost-cutting measures of the Tory-LibDem coalition government that brought out an estimated 500,000 entitlement junkies in what has been described as the largest union-led riot in London's post-war history on Sunday. 201 people were arrested and 84 people were injuried including 31 police officers. Banks were smashed up, fire bombs thrown, property was destroyed or defaced and so on, as we have seen before, and of course the loyal leftist media was quick to assure everyone that such violence and destruction was only the work of about 300 deranged anarchists amongst the mob. Yes, it is always those crazy no-government anarchists who sometimes seem to turn up constantly amongst mobs of people demanding more and bigger government -odd that. In truth, this was all planned and those doing the planning counted on such violence as their ultimate goal is chaos and destruction. I cannot help but think back to the blot on the otherwise solid reign of HM King George V; the refusal of asylum to the Russian Imperial Family after the 1917 Revolution. The make-up of this latest act of mob violence should be lost on no one. Students have long been the "useful idiots" of the revolutionary elite and, just as it was in Russia, the unions are the nursery of Bolshevism. Also, like the demonic forces that plagued Tsarist Russia these British cry baby battalions are also anti-country, anti-religion, anti-capitalist and anti-monarchy. We all remember how the Prince of Wales and the Duchess of Cornwall were assaulted by a similar crowd in the past and the riot-ring leaders have made no secret of their plan to do their best to disrupt the upcoming wedding of Prince William and Kate Middleton. This all should, perhaps, give people a little better perspective of the often-maligned Tsar Nicholas II who is often portrayed as so cold and uncompromising. After all, the British monarchs allowed constitutional government, allowed democracy, allowed people to do or say whatever they wished even if it was treasonous, they have taken the monarchy effectively out of politics completely and yet still they are targeted. There should be no confusion here, the ringleaders have been completely open and honest about their aims: this is not ultimately about the cost-cutting done by "Call me Dave" Cameron. That is only the pretext for launching something that these leftist pinkos have been planning and hoping for over a long period of time: total revolution. The cost-cutting is simply useful in getting the government welfare babies off their hinders and providing the massive crowds to add muscle to the movement. The United Kingdom might be going down the tubes completely and no one will hardly stir but raise the notion that the tax-payer funded gravy train might be cut off and there is bloodshed in the streets. Their goal, like the Bolsheviks in Russia who used others to clear the way for them, is for wealth-redistribution, an end to social inequalities, the overthrow of the monarchy, basically a communist Great Britain. If anyone doubts this, I challenge you to go into to the den of the beast and see what they are saying about the Royal Family. "Parasites" living off the poor, over-burdened public, "unelected elitists", "disgrace to the goal of equality" etc, etc like we have all heard before. In some cases it is much the same language they use against bankers and big-business people but, the pinkos have always been a 'one trick pony' in that way. Everyone is living off the poor -you know, except for the teachers, students, nurses and union members who are totally entitled to live off the taxpayers! Oh, where are the redcoats with a copy of the Riot Act when you need them?
Posted by MadMonarchist at 5:11 AM