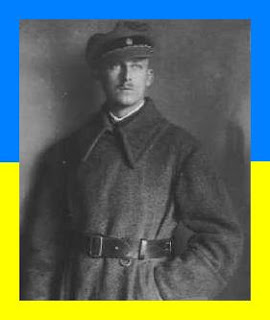 In hindsight most historians would agree that World War I was the conflict which determined whether monarchy or republicanism would dominate the 20th Century; whether the old dynastic empires would continue or if political ideologies would become the chief method of dividing the world. Had things gone differently then our world would certainly be considerably different, and one way we can glimpse this is by looking at the actions of the Central Powers on the Eastern Front, where Germany and Austria-Hungary were ultimately successful in defeating Imperial Russia and set about re-working the map of Eastern Europe. However, unlike that done by the Allies at Versailles, the remodeling done by Germany and Austria was to be very monarchist in nature, planning for a Kingdom of Finland, a "United Baltic Duchy" of Latvia and Estonia and a Kingdom of Lithuania all reigned over by minor German royals. There was also a short-lived Kingdom of Poland established which would likely have gone to Archduke Karl Stephan von Hapsburg. There was also talk about the possibility of establishing a Kingdom of Ukraine with the crown perhaps going to the Hapsburg Archduke Wilhelm von Austria-Toskana.

Many in the Ukraine had long been dissatisfied with Russian rule and a republican government was quickly declared after the Germans drove out the Russian armies. This was soon replaced by a new government under the rule of a pro-German "Hetman" who ruled as a sort of Cossack military dictator with a cabinet made up of mostly Russian monarchists. The Hetman therefore faced constant accusations of being both too greatly pro-German and pro-Russian. The attention of the Ukrainian monarchists focused mostly on the Archduke Wilhelm who was the third son of the possible Hapsburg King of Poland Archduke Karl Stefan. A graduate of the Maria Theresa Military Academy, he commanded the Ukrainian Legion in World War I, later given the more historical title, "the Ukrainian Sich Rifles". He was fluent in Ukrainian and very familiar with the culture, even taking the name Vasily Vyshyvaniy. His friends began calling him "Basil the Embroidered".

He gained a fairly considerable following and rumors began to abound that he would become the King of the Ukraine in 1918. However, he failed to gain the necessary support of the Germans who were, for the time being, sticking with the Hetman, Pavel Skoropadsky. Certainly, with his undeniable knowledge and love of the country there could have been no better candidate for Ukrainian king among all the royals of the German and Austrian Empires. In fact, talk of his elevation to the throne became so widespread that the Hetman began to worry about his political future, complaining to the German Ambassador and even German Kaiser Wilhelm II himself, demanding that the Hapsburg Archduke be removed from his country. The Kaiser looked into the matter, but the German Ambassador advised that it be best for "Basil the Embroidered" to stay where he was as a way to make sure the Hetman realized he could be replaced if his pro-Russian sentiments became too strong.

It is proof of his character that Archduke Wilhelm remained in the Ukraine even after the retreat of the Germans and continued to serve as a colonel in the Sich Rifles in the hopeless fight against the invading Russian Red Army. Later, a Polish-controlled directory took power but was itself soon overthrown by the Red Army forcing Basil and his men to retreat through Poland back to Germany. He based himself in Munich, setting up a headquarters for Ukrainians who wished to work to drive out the Russians and restore Ukrainian independence. By the early 1920's Basil had gained some financial backing as well as a diverse collection of Ukrainians, Baltic Germans, Cossacks, Poles and even a Romanov claimant to the throne of Russia, Prince Cyril Romanov. There was finally enough resources for Basil to order the formation of a Free Ukrainian army under a Polish-Russian general named Biskupski, even the famous General Erich Ludendorff associated with them on occasion in his on-going denunciations of Bolshevism and the Versailles Treaty.

Unfortunately, Basil came to discover that his supporters were not the sort he had hoped for. Most had their own agendas for advancement and impossibly grandiose dreams of an invasion of the Soviet Union and every other variety of ridiculous schemes. Time and resources were squandered on fantastic schemes rather than on more immediate, and most importantly, reasonably possible goals. It became clear that the causes of the Baltic, Ukraine and Russian monarchists were too diverse to form a well-working, coordinated group. Finally, the German government disbanded his force and after a Russo-German treaty was signed all enemies of the Soviet regime operating in Germany were to be suppressed. Basil lost his funding with General Ludendorff managing to have most of the funds diverted to the growing German Nazi Party.

After living for a time in Spain, Basil moved back to Austria where he kept in constant contact with the Ukrainian exiles and never ceased to work on their behalf, especially when the Red Army began a campaign of persecution in the country. Basil served on an international committee, formed at the request of the Greek-Catholic Episcopate for the Ukraine led by Andrei Sheptytsky. Prior and during World War II Basil was placed under tight surveillance by the Gestapo. When the Red Army re-conquered Eastern Europe Basil was taken and died sometime in the 1950's though the details remain a mystery. Some say he died in Kiev while Austrian POW's assert he was tortured and killed by the Communists. In any event, the last hope for an independent Ukrainian kingdom had died with him. Given all of the oppression, starvation and horrific murder the people of the Ukraine were subjected to after their initial liberation in World War I, we can only imagine how much more happy and peaceful the country could have been as a free monarchy with Allied support.
Posted by MadMonarchist at 5:57 PM