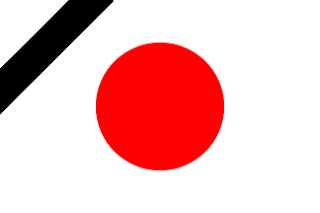 The big, immediate news is the massive earthquake and resulting tsunami that hit Japan on Friday. I happened to be watching the Asian news in the early morning hours when it hit (in the afternoon in Japan) and the video was positively beyond description. The earthquake was an 8.9 and messages of support and promises of assistance have been coming in constantly. HM Queen Elizabeth II of the UK & Commonwealth send a message to His Majesty the Emperor saying, “I was saddened to hear of the tragic loss of life caused by the earthquake which has struck northeast Japan today. Prince Philip joins me in extending our heartfelt sympathy to your Majesty and the people of Japan. Our prayers and thoughts are with everyone who has been affected by the dreadful disaster”. Other royals have also been quick to respond. Using her Twitter account, Dowager Queen Noor of Jordan said, “My heart goes out to all affected by quake & tsunami in Japan including my beloved child who works there. God bless & protect all”. Princess Raiyah bint al-Hussein is currently attending university in Japan. Queen Rania also used Twitter to say, “Awestruck by devastating power of nature in Japan. Thoughts & prayers are with those who lost loved ones & those who wait in uncertainty. A truly humbling reminder of our vulnerability, as humans in the end, we only have each other and our faith”.

Japan is a truly breathtaking country (and those who see only Tokyo are missing a great deal) and one of the, if not the, great success stories of East Asia. No other country has achieved what they have and no other country in the world has had to deal with the adversity that the Japanese have had to deal with. Let us hope no one else does. I am at a loss for words to describe the magnitude of the horror I have seen on the news. I know that everyone here at The Mad Monarchist will join me though in sending our sincerest sympathies, condolences and prayers to His Majesty the Emperor and all the people of Japan. お大事に

Staying with Asia for a moment, it seems that the XIV Dalai Lama is closer to retirement/abdication that previously thought. The exiled ‘god-king’ of Tibet has talked of stepping down before, at least as political leader of the Tibetan government-in-exile, but has never completely done so. His role in recent years has been greatly reduced but the ratification of his retirement could come as early as Monday. Such a move would be quite unprecedented but it is thought the move could be made to give more attention to the elected leadership and prime minister (and in the upcoming elections all three possible prime ministers, for the first time in Tibetan history, are not monks) and perhaps make things easier in dealing with Communist China which continues to view the Dalai Lama as the author of all of their misfortunes in Tibet. If this was not enough of a change, there has also been talk (as there has been in the past -this is not totally out of the blue- of the Dalai Lama choosing his successor or possibly having the next Dalai Lama elected or simply having no Dalai Lama at all. Ugh. This has had the strange effect of putting the Red Chinese government on the side of tradition as they have loudly protested that the Dalai Lama must be chosen in accordance with Tibetan religious traditions (and as they control Tibet they will ‘ensure’ that a loyal communist is chosen, as they did with the Panchen Lama). If the position of Dalai Lama is ended completely this will almost certainly cause a huge religious divide in Tibetan Buddhism as the long-held belief has been that the Dalai Lama will continue the cycle of birth and rebirth so long as life exists to help all beings attain enlightenment.

Moving on to the Middle East, tensions remain high. A planned protest in Saudi Arabia never really got off the ground though there was some rioting in the eastern Shiite parts of the country, easily suppressed by government forces. Royal authorities warned potential protestors than any disturbances would not be tolerated and that these violated the Quran. Some protestors also called off their planned demonstrations because of the intention of religious protestors to also take advantage of the occasion. Unlike the more liberal dissidents, these people wanted to voice their disapproval of measures recently undertaken by the royal government which they consider too liberal, too western and un-Islamic (such as allowing a woman to serve in government for the first time). The liberal demonstrators refused to share their stage with these more fundamentalist dissidents and did not want their cause associated with them. Over in the north African Kingdom of Morocco there was public displays of happiness to greet an announcement from King Mohammad VI that there will be constitutional reforms in that country. The King said he was committed to a “strong push” for political reform, whether it will go as far as those who want a totally ceremonial monarchy remains to be seen.

The visit of the Dutch Queen, Prince consort and Prince of Orange to the Gulf states of Oman and Qatar went off without incident, despite the very vocal opposition of the Party for Freedom, Green Left Party and the Labour Party (part of the Socialist International and PES). On Monday Sebastián Piñera, President of Chile, and the First Lady made their first state visit to Spain where they met with TM King Juan Carlos I and Queen Sofia as well as the Prince and Princess of the Asturias. The visit was meant to build closer ties between Spain and Chile and these are the sort of visits I like to see. I would hope that all of the Latin American republics can come to have a closer relationship with each other and the Kingdom of Spain. It has been announced, by some sources at least, that HH Pope Benedict XVI will be visiting Ireland in 2012 for the Eucharistic Congress. Any official announcement from the Vatican will probably come early next year. The Pontiff also expressed his sorrow over the latest wave of religious persecution in Africa with a number of Christians being killed in Egypt and a wave of Church burnings in Ethiopia by Muslims.

Ireland is a popular place to visit these days. HRH Prince William and Kate Middleton made their first official visit to Northern Ireland on Tuesday though the trip was not made public until afterwards due to security concerns (I know, I know, at this point it is more embarrassing than anything else). They met with local officials and charitable organizations and even spent some time flipping hotcakes at a benefit for the Northern Ireland Cancer Fund for Children. There has also been increasing talk lately of a state visit to the Ireland by HM the Queen which would be the first time a British monarch has ever visited the republic. The prime ministers of both countries have agreed to the idea in principle. The Irish President has been working on such a move and says it could happen next year. Buckingham Palace had no comment. The republican-traitor crowd in Britain have also been pleasingly depressed lately due to all the excitement over the upcoming wedding and the utter failure of their efforts to arouse opposition to the happy occasion. However, they are not giving up and are biding their time until the accession of the Prince of Wales who they consider an asset to the republican cause. One even went so far as to call His Royal Highness had a, “reactionary, anti-Enlightenment sensibility”. Really? The Prince of Wales? Prince Charles? The man who shakes hands with rappers, grows organic food and lectures everyone on environmentalism? That Prince Charles? Give us a break…
Posted by MadMonarchist at 12:40 AM