Madalogue on the Nature of Monarchy 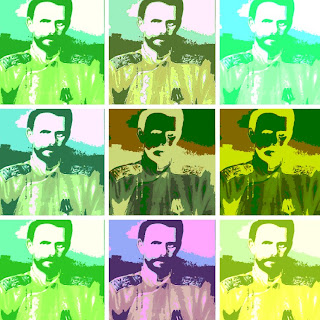 I was recently discussing American politics with a staunch conservative who places the blame for the current woes of the US on the failure of political leaders to abide by the Constitution. It is a position I am largely in agreement with, however, I could not resist the urge to question the fundamental nature of constitutional government as a whole and brought up the situation in the late Russian Empire where the idea of a constitution was considered unthinkable and was only implemented several years into the 20th Century. Needless to say it did not save the Russian Empire but ever since then there has been at least some argument as to whether the solution was a stronger constitution and those who thought any constitution was a bad thing.

Needless to say this person thought that any constitution would be better than none. However, I countered by pointing out that it is impossible to codify justice, humanity and good government and that, even in so successful a model as the United States (as this person first pointed out) constitutions either become an ignored formality or a bloated, oppressive bureaucracy at the hands of power-hungry politicians. I said it was with good reason that the Russian Tsars for so long forbid a constitution because they had seen the countries which implemented them and, from their point of view at least, none had done well. They wanted no politics, no political parties, no factions and ideological disputes dividing and hardening their people. The Tsar could rule with the human touch while any constitution inherently cannot.

The republican (a very conservative and Christian individual) then asked if that was the only option in Tsarist Russia; unfettered democracy or dictatorship. I responded that the Tsar would not have seen himself as a dictator anymore than the patriarch of large family would view his own authority as dictatorial. This good Christian then tried to get ahead of me saying that it would have to then depend on whether the Emperor served the best interests of his people or simply his own. I put a question in response, ‘Do all parents truly serve the best interests of their children?’ Although the vast majority do, naturally and without prompting, yet there are those parents who are cruel to their children. Still, any good society would never think of violating the ‘Divine Right of Parents’ to raise their children as they see fit. It was conceded that I might have a point there and so the discussion ended.

Now, I am not trying to advocate for absolutism here (nor am I attacking the idea), as has often been stated I would prefer even the most toothless of monarchies where they are for at least having the benefit of a head-start in rebuilding over revolutionary republics. However, I do think that one of the key components of monarchies and what makes even an absolute monarch far different from a dictator is that familial bond which unites a traditional monarch to his or her people in the way that no appointed dictator or strongman who claws his way to power ever could.

For truly, is not every parent an absolute monarch over their own children? Would they not rightly object to any effort by a government or a legal code to interfere with how they manage their household or raise their children? Parents naturally do their best for their children because they are their own and similarly, in a way no politician ever could, monarchs do what is best for their people because they are *their* people, bound to them by blood, history and sacred tradition. Some might still dismiss this as condescending paternalism but is a cold political machine that sees people merely as nameless numbers, units, poll results to be manipulated or interest groups to turn against each other for their own benefit preferable? I suggest not.
Posted by MadMonarchist at 12:44 AM