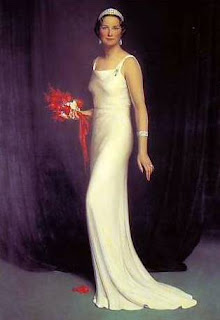 Astrid of Sweden, Queen consort to King Leopold III of the Belgians, is remembered mostly as a tragic queen, part of a painfully sad period of Belgian history that saw the death of one king, the death of a queen, a world war and the shameful injustice done to another king. However, it should also be remembered that Queen Astrid led a very happy and fulfilled life for the most part for those too few years when the people of Belgium were fortunate enough to have her for their queen.

She was born Princess Astrid Sofia Lovisa Thyra of Sweden on November 17, 1905 to HRH Prince Carl, Duke of Vastergotland and Princess Ingeborg of Denmark. HM King Gustav V of Sweden was her uncle and her grandfathers were King Oscar II of Sweden and King Frederick VIII of Denmark. Her sister Princess Margaret of Sweden would go on to marry King Olav V of Norway, further cementing the Scandinavian royal family ties. However, the man for Astrid was the handsome young Prince Leopold, son of the “Soldier King” Albert I of the Belgians.

The arrangements were made and the couple had a civil wedding in Stockholm on November 4, 1926 followed by their formal religious wedding in Brussels on November 10. Princess Astrid was a quick success in Belgium, winning hearts all over the country with her beauty, charm and simple kindness. Together, Astrid and Leopold made one of the most handsome couples amongst European royalty. They had a great deal in common but, initially, religion did not make the list and she was expected to convert from Lutheranism to Catholicism.

It may not be often thought of today but Belgium has traditionally been a very Catholic country. Belgian volunteers went to Rome to fight for Pope Pius IX during the unification of Italy and the Belgian monarchy sent a fabulous papal crown to Pius IX afterward as a mark of their esteem. However, when Princess Astrid looked into the subject the priest told her that she should not convert unless she sincerely believed in her heart that the Catholic Church was the true church of God. Princess Astrid began doing a great deal of soul-searching and religious study and in the meantime gave birth to Princess Josephine-Charlotte in 1927. By 1930 she was firmly convinced that the Catholic Church was correct and she converted to the great joy of her married family, especially her husband and father-in-law, who were very devout in their faith. King Albert was pleased that his family now stood together in that faith and Princess Astrid told a childhood friend, “My soul has found peace”.

That same year Princess Astrid gave birth to an heir to the throne whom the couple named Prince Baudouin. In 1934 tragedy struck when the beloved King Albert I died in a mountaineering accident which thrust the Prince and Princess into the roles of King Leopold III and Queen Astrid. That same year another son (and another future king) was born and named Albert after his grandfather. Queen Astrid was a devoted mother and a loving wife. If anyone disliked her it was the snobby types of upper society who did not approve of her friendly and familiar style. However, this very warmth made her all the more popular with the common people who saw her as their own in a very special way. This was encouraged 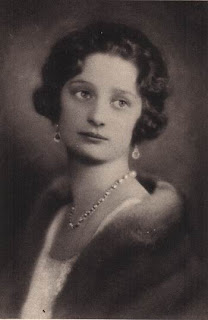 by the charity work of Queen Astrid when the country fell on hard times.

Queen Astrid helped her countrymen out in practical ways by organizing relief supplies of food and clothing to be distributed. Known as the “Queen’s Appeal” she encouraged a wave of donations that were of immediate help to the poorest Belgians. She also took a special interest in helping with issues related to women and children. All of this, combined with her great charm, beauty, down-to-earth style and noticeable devotion to her family made her extremely beloved by the Belgian people as well as her own husband and children.

It was thus the greatest of tragedies when Queen Astrid died suddenly in a car accident in Switzerland on August 29, 1935. She was only 29-years-old and though it can never be known for sure rumors soon spread that she was pregnant at the time as well. King Leopold III was devastated and the grief of the public was so great as to be palpable, which is remarkable considering the relatively short time they shared with her. A shrine was set up in Switzerland at the sight of the accident and she was buried in the royal crypt at the Church of Our Lady in Laeken. Few if any royal consorts of modern times have had such an impact and made themselves so loved and respected as Queen Astrid in such a short period of time.
Posted by MadMonarchist at 12:25 AM