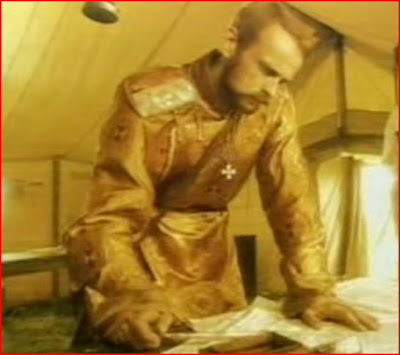 Tonight U.S. President Barack Obama announced his long-awaited decision on the reinforcements and strategy for the war in Afghanistan. Even after such a long wait nothing was said that has not been known for months nor was it anything other than what was expected; a sending of some additional forces which is too little for the conservatives and too much for the liberals. In an example of the result of trying to please everyone Obama's decision has been criticized by both Michael Moore and Sean Hannity. I do not totally approve of the plan, though I hold out at least the possibility that it could work out -and hope it does, but simply having Obama as president has, on the war front anyway, forced me into the rare position of being more in line with the far-left than the far-right. Allow me to explain.

I don't think Obama wants to fight anyone and I think he would consider the war the very worst of the things he inherited from Bush because of that; even moreso than the economic crisis which at least has given him the opportunity to push his socialist agenda forward. But I don't think he wants to fight anyone and there is nothing worse than having troops on the battlefield with a CinC that does not want to fight. I do not hold that against him, despite his protests about Afghanistan being the "just" war; I think that was campaign rhetoric to appear tough. The public voted him in, he does not want to fight, and the responsibility for that falls on the voting public rather than Obama. So, if we have a president who does not want to fight, who is not willing to do whatever it takes to win I think the only humane thing to do is pull-out at once rather than throw more lives away on a war we will eventually abandon anyway.

These situations remind me of one of the things I admire about the government of Mexico. It is written into their constitution that the Mexican army cannot be deployed beyond the borders of the country without a formal declaration of war from the Congress. I think the U.S. should adopt that policy as well. In nearly every conflict America has become involved in since the last time we declared war on anyone (WW2) the President has sent forces in only to have a bickering Congress haggle over war funding, military policy and strategy or administrations change and in the end victory is not vigorously pursued and we end up drawing out the conflict and the casualties only to withdraw in the end or at best (in the case of Korea) be left with a long-standing stalemate. I think if we adopted Mexico's policy we would at least be able to simplify matters. If the situation warrants war then vote on it and then go in with full force to win at any cost. To fight a war without the will to win is criminal. As the communist Vietnamese general Vo Nguyen Giap famously said, "In war, you have to win. Absolutely -have to win!"

I was even further surprised to find myself in agreement with a very leftist, liberal Democrat when it comes to the politics of Afghanistan. That being said, the Democrat was Dennis Kucinich; a socialist, revolutionary devil if ever there was one but at least an honest one who stands by his convictions. On "The O'Reilly Factor" Congressman Kucinich said that rather than prop up the corrupt central government in Kabul the NATO forces should go back to the traditional Afghan model of leadership, the Loya Jirga, the assembly of Afghan tribal leaders called to make decisions concerning the whole country. I was rather surprised to hear this floated by such a big-government liberal as Kucinich but I think it is a better option that what is going on now. Granted, I say that as someone who considers all the parliaments, political parties and mass politics of the modern era in government as something abhorent in human history.

Afghanistan has never had a modern, central government ruling the whole country. It would be far better to restore the Afghan monarchy, with the Loya Jirga assembling for major national issues and beyond that allowing the country to function in the traditional way that it has for centuries before outside forces corrupted it. Anything else will be like trying to put a square peg in round hole. If centralized power has not worked, de-centralized power could at least be tried and as for the war, if we are not going to fight with everything we've got the troops should come home immediately before another life is wasted. I am certainly not someone who shudders at the thought of war, nor am I someone who takes it lightly (anyone who does has never been shot before) but if you are not going to fight forcefully and aggressively with all of your strength you are wasting time, money and lives to no purpose. As a French emperor of some military ability named Napoleon Bonaparte once said, "The only logical end to defensive warfare, is surrender". That is my rant for today. I am done. And I am . . . The Mad Monarchist.
Posted by MadMonarchist at 1:22 AM