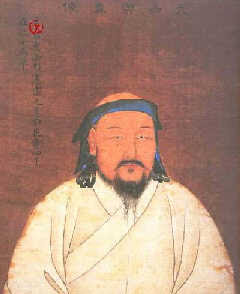 It was on this day in 1271 that Khublai Khan of Mongolia founded the Great Yuan Empire, establishing the Mongol dynasty that was the first time all of modern China had been conquered and ruled by a foreign nation. As Emperor, Khublai was a wise and tolerant ruler and along with military strength the economy improved and Christianity, Islam, Buddhism and Daoism all lived together peacefully in his far-reaching and cosmopolitan realm. The Mongols would continue to rule China as part of the Great Yuan Empire until roughly 1368 when they were overthrown and replaced by the Ming dynasty, the last native Han dynasty to rule Imperial China.
Posted by MadMonarchist at 3:40 PM