My Favorite Kings of Spain 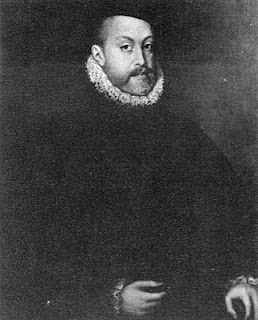 I - Queen Isabella: yes, I know, not a king, not exactly the ruler of “Spain” as we know it today, but I could not very well leave Queen Isabella out. She is one the most giant, iconic figures in Spanish history. Her marriage to Ferdinand of Aragon brought a new unity to Christian Spain, and she ruled alongside him as an equal. Their conquest of Granada ended the 800-year war against the Muslim occupation of Spain in 1492 and that same year she set Columbus off on his voyage that led to the discovery of the New World and put down the first seeds for what grew into Latin America. More controversially, she also set up the notorious Spanish Inquisition, however, this was ultimately to the benefit of Spain as (despite going a bit overboard sometimes) it spared Spain from the horrific, catastrophic wars of religion that so divided and devastated Britain, France and especially Germany.

II - King Carlos I: better known by his superior title, Holy Roman Emperor Charles V, one of the greatest Hapsburg monarchs in European history, despite some problems in his private life, was an upstanding monarch is almost every way. His Hapsburg connections made Spain part of the largest Christian realm in the world and it was the empire of Charles V upon which it was first said that “the sun never set”. He urged the Church to deal with the corruptions that led to the rise of Protestantism but few listened to him and in the end he was forced to fight the French in the west, the Lutherans in the north and the Turks in the south. Yet, his forces overcame and either triumphed or at least broke even and avoided total defeat. He also presided over the further expansion of Spanish power in America as well as the continued rise of Spain as a great power in Europe. There were scars on his reign, the worst certainly being the “sack of Rome” but his victories were more numerous, the most prestigious probably being his defeat and capture of the King of France, who was a longtime rival.

III - King Philip II: Felipe II to the Spanish of course, is rightly celebrated in Spain and reviled in England where he very nearly put an early end to the rise of England to naval dominance. Philip II presided over the zenith of Spanish power and greatness and he was, by far, the most powerful man in the western world in his time. Often at odds with the Church, despite his association with zealous Catholicism and the Counter-Reformation, his forces nonetheless bore the brunt of the fighting in the religious struggles that engulfed Europe. He defeated the French at San Quentin, relieved the siege of Malta, very nearly stamped out rebellion in the Netherlands but was at least able to retain Belgium for the Hapsburgs and his forces ended the Turkish naval threat with their victory at Lepanto. After the regicide of the Queen of Scots, he sent the Armada against England, which met with disaster but he took great care of the survivors and accepted the defeat with dignity. Philip’s timely intervention saved the Catholic cause in France and he expanded Spanish power from the Americas in the west to the Philippines in the east.

IV - King Philip IV: Felipe IV, perhaps, benefits from coming along during a time when good leadership was rather lacking in Spain. Under his reign the Spanish empire reached its peak, in size if not in power, and the arts flourished. Spanish forces won many victories in the Thirty Years War and Felipe IV did his best to bring about a revival of Spanish fortunes which had been on the decline, mostly due to political and economic problems. He was a deeply religion man and patron of the Church, successfully pushing for the canonization of Queen Isabella of Portugal in 1625. He exchanged letters with the mystic Venerable Mary of Agreda on matters of moral, kingly leadership. He was patron to some of the greatest artists in Spanish history and his forces won victories on many battlefields but the enemies Spain faced were too widespread for any conclusive military resolution. Nonetheless, he did the best he could to maintain his vast empire in the twilight days of Hapsburg Spain.

V - King Ferdinand VI: The reign of Fernando VI is usually pointed to as the most glorious period of Bourbon Spain before conditions really started to deteriorate. After so many costly wars, he enacted a policy of neutrality with France and England. He instituted many reforms, some beneficial, some less so, aimed at improving the Spanish government and though different factions tried to tempt him into taking the side of Britain or France in their continuing conflicts, he held firm and refused to do so. As a result, after so many years of economic struggle, the Spanish treasury was able to recover and Spain began, again, to become a quite wealthy country. He increased colonial commerce, founded the Royal Academy of the Fine Arts of San Fernando and was particular known for his musical patronage. He expanded and improved the Spanish Navy and signed a concordat with Pope Benedict XIV which stabilized Church-state relations. His reign was not without its problems (sadly common for the period) but it was an era of prosperity.

Dishonorable Mention: King Carlos III -not only were his “enlightenment” tastes not to my liking, the man outlawed bullfighting. Not cool Your Majesty. Not cool. Also, while I do not have a problem with the absolutism of King Ferdinand VII, he made many big mistakes, his last being flouting the law (when he didn’t have to) in order for his daughter to succeed him, setting Spain up for numerous civil wars.
Posted by MadMonarchist at 12:44 AM