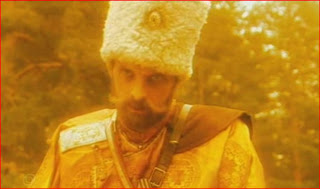 I am constantly reminded that, despite my own occasional thoughts to the contrary, the certificated, educated professionals in the psychiatric fields in both civilian and military hospitals were correct in their assessment of my damaged mental state -because if the rest of the world has not gone absolutely barking mad then I must have! Our civilization is crumbling around us and just at the moment when we most require the sterner stuff of which past generations were made, we are going suicidal soft! Perhaps things are better in the place where you bide, reading this rant (too many of which, I am sure, I subject you to), but it is painfully the fact here in the good old U.S. of A. to be sure. And that goes for foreign relations, the economy and domestic laws -really the only things government is supposed to handle. However, how can the government not screw all of these things up when it seems that so many people have taken leave of their senses?! Yes, yes, it is simply that I am the one with the problem -but what a massive one it must be.

Take the recent offing of Osama bin Laden, arch-terrorist and public enemy number one. Here was a man who proudly boasted of being responsible for the murder of thousands of people around the world and yet, when someone stepped up and sent this cowardly, bloodthirsty bastard to meet his 72 virgins some people in this country actually complained! There was even a Catholic priest on TV who said that we shouldn’t say Osama was evil because that is only for God to decide (he was probably a Jesuit…)! Aaaaarrrrggghhhh! Is everyone trying to play a joke on me? Whatever happened to the Church that was home to the “fighting faith”? Where is Torquemada when we need him? If we cannot say that Osama bin Laden was evil we might as well give up on any semblance of religion or morality because it does not exist and there is no point to any of it. As for the lay population, we have got the usual whining that he should have been captured, he should have been given a “fair trial” (like that would have been possible) and, my personal favorite, that America had no “right” to kill Osama because it was America that created him.

That is so asinine that I hardly know how to go about addressing it -it just makes my head hurt. In the first place, America did not “create” Osama bin Laden -he was responsible for his own life and his own decisions, not anyone else. Secondly, even if he were a totally American creation I still think we would have the “right”, yes, even the *responsibility* to put a bullet between his eyes. Tim McVeigh was ‘American made’ but that didn’t stop us from shooting his veins full of poison after he blew up a few hundred people in Oklahoma City. Osama bin Laden was a bad guy who got what was coming to him -it should not be a complicated subject. He was also a gutless wimp who died cowering behind his wife. Think about this: he complained about the U.S. having a base in Saudi Arabia and used that to try to justify his actions. So, why did he not go to his homeland and lobby the government to order the U.S. to leave? Why didn’t he try to force their hand instead of coming to America and butchering thousands of innocent people? Because if he had, the Saudi government would have stomped on him and his death would have been far worse than two shots in the head. He probably would have been separated from his head. Coward.

Okay, moving on, I mentioned the economy. This won’t take long. When it comes to the economy I knew my doctors must have been right all along as soon as I heard Vice President Joe Biden say, in all seriousness, that in order to get out of the mountain of debt we were under the government needed to spend more money. And no one called him on it. Everyone just went along like that made complete sense. [hold on a second, blood’s coming out of my ears] The bill was passed, and the same pattern continues to repeat. We have about fourteen trillion dollars of debt in this country and the government wants to “fix” it by spending more money. Again, the fact that roughly half the country agrees with this, hell the fact that ANYONE would go along with this proves that, yes, I must be totally out of my mind because if I am not then our entire civilization is suffering from nothing less than an absolute plague of madness.

Just today, I was reminded of another example. You know election time is getting close when immigration starts to be important again and this time is no different. There is a bill currently going through Austin by which the Governor wants to outlaw so-called “sanctuary cities”. For those of you who don’t know, these are cities where illegal aliens are welcome, where police and civic authorities are not allowed to check the status of anyone’s citizenship or to report them to the U.S. Department of Immigration. These are cities where the local government says, “On these particular laws, we are going to look the other way and refuse to enforce them”. The debate over these cities is nothing new, nor is the talking points of both sides but what really makes my head explode is the line we always get from the local police. They say that enforcing immigration laws would destroy the “trust” between illegal aliens and the police and make it harder to stop more “serious” crimes in their neighborhoods because they will not report anything or want to talk to the police at all for fear of being found out and (though I can’t imagine why) extradited back to their country of origin.

Please, help me! Does this make sense to anyone? Can someone tell me how? How is this any different than if the police stopped arresting people who stole cars because that would mean the thieves wouldn’t help them catch the murderers in the area? Do police have a similar relationship of “trust” with the child molester community, the vandal community or the rapist community? Here I was thinking that the police were supposed to uphold the law, all of it, regardless of all else. I’m sure people will be upset by some of these comparisons, but I cannot see it any other way. Illegal aliens, *broke the law* as soon as they crossed the border, they committed a crime and I see no reason why one group of criminals should be overlooked while other criminals are not. The police should be arresting criminals -period. Whoever they are, wherever they are from, whatever crime they committed. You commit a crime - the police take you away. Seems simple to me, but, lest I forget, I am the crazy one so, perhaps the system makes perfect sense to everyone else.

There are, of course, other issues in other countries I could go into. Such as the element in Canada which is utterly devoted to depriving that country of their greatest, most lucrative, natural resource or the fact that while the United Kingdom is so short of cash they will downsize the military and gut the Royal Navy but never think of making people responsible for their own doctor bills. Of course, on that score, I might also mention that there are people in Britain who see nothing wrong with paying the government over forty million pounds a year to treat men with erectile dysfunction but find it outrageous to pay the security bill for the wedding of their future king. One might think that things like sovereignty and national security would take precedence over a crowd of aging old men who can’t chase skirt like they used to but, then one might just be a … Mad Monarchist.
Posted by MadMonarchist at 12:15 AM