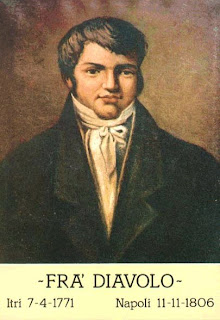 Michele Pezza, better known as Fra Diavolo or “Brother Devil” is one of the most famous counter-revolutionaries in Italian history and has become something of a folk hero for his resistance to French republican (later Napoleonic) rule. Michele Pezza was born on April 7, 1771 in Itri in the Kingdom of Naples. He became known as Fra Diavolo due to his mischievous behavior as a child. His family came from a modest background but were not impoverished as some later accused them of being. Fra Diavolo was no scholar but was taught to read and write which put him ahead of most other common born people of his time and place. As a young man he worked for the postal service which made him more familiar with terrain and populace between Terracina and Naples. In 1797 he was forced to join the army after killing two men in an argument over a woman.

Fra Diavolo was a good fit in the army, stationed on the northern frontier of Naples and soon became a non-commissioned officer. In 1798 he was among the Neapolitan forces that marched to the rescue of the Papal States when they were invaded by French revolutionary forces. However, the defense did not go well and they were forced to retreat with the French then invading southern Italy. Fra Diavolo was almost captured while fighting with a rear-guard action but escaped in disguise. In quick order he organized other soldiers and local irregulars to resist the French advance. Using their knowledge of the terrain, Fra Diavolo and his men harassed the French at every opportunity as they swept through the country, finally taking Naples itself and declaring a republic, planting “Liberty Trees” as they went.

However, in spite of their high-sounding ideals, the revolutionaries turned the people against them through their high-handedness, cruelty, theft and rapine. With every attack by Fra Diavolo or any other of the counterrevolutionary bands there was swift and brutal retaliation against the populace, which only served to make the republic ever more hated. Fra Diavolo was given further justification for his war when republican forces sacked his hometown, his father being among the 60 men, women and children massacred. Finally, the resistance received official sanction and support as Queen Maria Carolina (who had a rather more ‘take charge’ attitude than her husband King Ferdinand IV) appointed HE Fabrizio Cardinal Ruffo to command the counterrevolutionary forces. 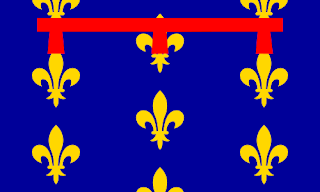 British and Neapolitan ships landed 5,000 men in Calabria to support the struggle against the French. Nobles, peasants, clerics and laymen rushed to the standard of Cardinal Ruffo to join his “Army of the Holy Faith”. Fra Diavolo, who already had a force of his own and considerable experience at the business, became one the Cardinal’s top subordinate commanders. Soon, Fra Diavolo had 4,000 men from all walks of life under his command and he attacked the French incessantly, raiding their bases, disrupting their supply lines and cutting down their hated “Liberty Trees”. He did so at Fondi and the Cross he erected in its place still stands there to this day. Operating out of Ft St Andrea his forces even made attacks against the bastion of Gaeta on the coast and soon Fra Diavolo was the most feared enemy of the republican forces who put up a substantial reward in the hope that someone would betray him.

In time the enemy was driven out, Naples was retaken and Neapolitan troops went on north to liberate Rome. Fighting not only for the freedom but the life and the very soul of his country, Fra Diavolo was merciless toward his enemies, which at times put him at odds with Cardinal Ruffo, nonetheless he had been of invaluable service and the King appointed him to the rank of colonel in the royal army, made him Duke of Cassero and granted him a generous pension. In 1799, while on his way with the army to liberate Rome, he had married a teenage beauty and once peace was restored he settled down to a quiet life and had two sons. 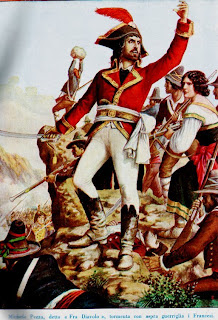 However, war came back to southern Italy with the ascendancy of Napoleon Bonaparte who invaded the country and set his brother Joseph on the throne, the Bourbon king and queen being forced to retire again to Sicily. Fra Diavolo was recalled to service and ordered to raise a partisan unit to resist the invaders as he had before, but this time there was no opportunity. Napoleon ran an altogether ‘tighter ship’ than his republican predecessors and the French advance was so swift Fra Diavolo was barely able to escape to Sicily himself. However, he was back soon enough and was fighting the French again in March of 1806. Called back to Sicily to raise reinforcements, he was then sent to reinforce Gaeta and disrupt the French by bedeviling their supply lines. He attacked the French but was mistakenly arrested by one of his own allies and sent to Palermo. The British commander, Admiral Sir Sidney Smith, ordered his release and he was back in action, raiding coastal installations before leading another band of irregulars into Calabria.

Despite inflicting heavy losses on the French, the partisans were finally defeated. Fra Diavolo escaped but the British withdrew their support and most opposition died down. Not, however, for Fra Diavolo who continued to resist as he always had done until his forces were pinned down and all but wiped out, near his hometown, on August 28, 1806. Still, he escaped and carried on, struggling against hopeless odds until November when he was betrayed and taken prisoner by the French. They first tried to bribe him into joining their army but he refused and when Queen Maria Carolina offered 200 French prisoners in exchange for Fra Diavolo the proposal was turned down. He was hanged on November 11, 1806 for “banditry”. Nonetheless, the inspiration to resist that he provided meant that the counterrevolutionary forces continued until the French were finally driven out and the Bourbon monarchy restored.
Posted by MadMonarchist at 12:22 AM