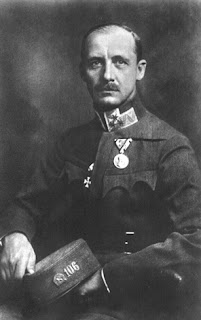 One of the most committed Hungarian monarchists of the tumultuous Twentieth Century was Baron Anton von Lehár. He was born in Sopron in the Kingdom of Hungary on February 21, 1876. His family was fairly well known but more for their musical abilities than anything else. His father was in the musical corps of the Royal Hungarian Army and his brother Franz was a talented composer who would later go on to considerable fame in that field. Anton, however, determined on a military career and attended infantry cadet school in Vienna after completing his preliminary education. He graduated in 1893, first in his class, and was posted as a lieutenant to Regiment No. 50 where his father served as band master. From 1897 to 1899 he attended the war college where he earned further promotion and in 1900 was posted to the Imperial & Royal General Staff. Lehár was promoted to captain, taught rifle tactics and earned the military cross along with other awards including honors from Romania and the Ottoman Empire.

By 1913 Lehár had attained field rank as a major and when World War I broke out he was given command of a battalion of Regiment 13 in Army Group Kummer. Lehár and his men were soon thrown into combat against the Russian 4th Army at the battle of Chodel south of Lublin. Lehár greatly distinguished himself in very hard fighting as the Russians tried to separate Army Group Kummer from Baron von Dankl’s First KuK Army. For his skill and courage he was decorated with the knights cross of the Maria Theresa Order and, for this action, was later ennobled with the title of baron in 1918. The next month, September, with brutal combat still raging in the Lublin area, Lehár was badly wounded and further decorated with the Order of the Iron Crown. Forced out of front line service while he recovered from his wounds he was posted to the general staff, specifically the Tyrol defense department. He distinguished himself in that position as well and was soon promoted to lieutenant colonel and decorated by the Germans with the Iron Cross in 1915.

However, Lehár was a man of action and pressed for a return to combat duty and was posted to the Italian front. However, in 1916, he was pulled out of the line to take command of the Infantry and Cavalry Weapons Department. While there he pushed for more machine guns on the company level but was never content with serving behind a desk and soon persuaded the high command to send him back into battle. In 1917 he was posted to command Landsturmbataillon 150 which he led in heavy fighting in the Bukovina region. In early 1918 he was sent to the Piave sector to command infantry regiment 106 where he earned promotion to colonel and the officers’ gold medal for bravery. His bravery and tactical skill inspired his troops and they were devotedly loyal to him and, at the end of the war, even as the empire was dissolving around them, he brought his regiment home without a single incidence of desertion. As a loyal Hapsburg monarchist and a zealous Hungarian patriot he was greatly disturbed by the fall of the Dual Empire and the Allied treaties which stripped the Kingdom of Hungary of most of its territory. 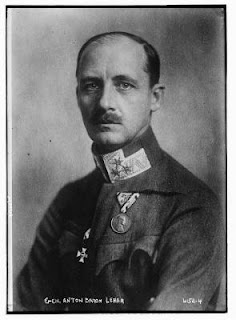 Many men in the position that Baron Lehár was in were leaving the country as the situation in Hungary descended into chaos with the fall of the monarchy and a wave of communist infiltration. However, Baron Lehár was made of sterner stuff and with the support of his brother Franz he determined to stay in Hungary and fight for his king and the preservation of the monarchy. Mobilizing loyal troops, he took command of a division to drive the Bolsheviks out of Lemberg before going on to Styria to fight the invading forces of Yugoslavia. In 1919 the regent, Admiral Horthy, promoted Lehár to major general and gave him command of the military district of western Hungary. Horthy and his forces had defeated an attempted communist takeover of Hungary by Bela Kun, however, Lehár and other loyal monarchists became discontented with the rule of Horthy as he maintained the monarchy but continually put off any suggestions of actually returning the King to the throne. The king, also Emperor Charles I of Austria, was in exile in Switzerland and anxious to return to Hungary to save what he could of the Hapsburg lands.

In 1921, Emperor Charles (Karoly IV in Hungary) returned to Hungary from Switzerland to resume his royal duties. Arriving on Holy Saturday, the “Easter Crisis”, as it became known, ended when Admiral Horthy persuaded the king to go back into exile, still protesting his loyalty to the monarchy, but arguing that the time was still not right for a full restoration. Charles did so but became convinced that, left on his own, Horthy would never think the time was right and meant to rule Hungary himself for the rest of his life. Therefore, in October, a new and more coordinated restoration attempt was made. Charles returned to Hungary, accompanied by his pregnant wife, to show that the King and Queen were determined to come home to stay. Upon landing, Baron Lehár was the first major figure they met with and he quickly began organizing loyal Hungarian soldiers for the return of the King to Budapest, with or without the support of the regent.

The King appointed the loyal baron Minister of Defense in the new administration he was drawing up. Baron Lehár was right beside his King as they made their way toward the capital, despite orders from Horthy to halt the advance, and Charles was hailed and cheered by crowds in every town they passed through. However, Horthy was organizing his own forces and gained a great deal of support when the British government stated their total opposition to a Hapsburg restoration in Hungary. Divisions appeared as the government officials, in the face of international opposition, began to hold aloof or drift back toward Horthy. Emperor Charles knew he could count on the support of Baron Lehár and Major Gyula Ostenberg but for the rest, there was doubt. Horthy warned of disaster if Charles was restored and used the British statement of opposition as “proof” that the world community would never accept a restoration in Hungary to sway top leaders and military officials to his side. Baron Lehár and Colonel Ostenberg wanted to fight it out, convinced that they could win, but Charles wanted no bloodshed and forbid any further struggle. He returned to exile and Admiral Horthy, still calling himself regent, remained safely in power in Budapest. 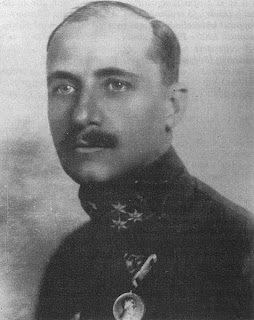 Lehár was heartbroken by this and in immediate danger as Horthy considered him a “traitor” to him personally for siding with the King. Labeled as a criminal by the government, Baron Lehár was forced to leave his beloved country, via Czechoslovakia, and go to Germany where friends of his brother took him in. He began to establish himself again, drawing upon his family ties with music, as the leader of a group of writers, artists and composers, however, when the Nazi Party came to power his position as a noted monarchist endangered him and Lehár had to leave Germany and move to Austria where the new regime was more friendly toward monarchists. In Vienna he started a music publishing company but gave it up to his brother and moved to the country when the Nazi tendrils began reaching into Austria as well. When the Nazis occupied and annexed Austria the Baron and his wife were forced to move back to Vienna where they were kept under house arrest by the Nazi secret police. He promoted the music of his brother, taking over his estate after his death, and continued until his own death in Vienna in 1962, never reconciled with the brutal communist occupation of his native country.
Posted by MadMonarchist at 12:07 AM