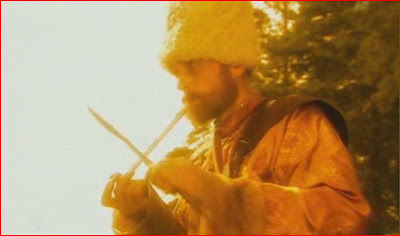 There are riots and killings going on in the Muslim world in response to a trashy preacher in Florida burning a copy of the Quran. As most of you know, and I have attracted some criticism for this position, but I was against this from the very beginning. I have never been for Quran burnings or Mohammed cartoons. I maintain that position. It is insulting, provocative and it accomplishes nothing. It is not something anyone *needs* to do in order to live their lives and pursue life, liberty and happiness. That being said, I have been disgusted by the reaction to this, playing right into the hands of the media-whore preacher, by both the Muslim radicals AND the Obama administration. I understand the whole argument that ‘sauce for the goose is sauce for the gander’ (I really do) but come at it from the opposite direction. This fundamentalist Christian is doing no more to Islam than what many others have done to Christianity for many, many years.
What outraged me the most was the commanding general in Afganistan, echoed by the administration saying that the burning of the Quran was an act of “extreme intolerance and bigotry”. Now, that may be completely true, but where were the liberals condemning as intolerant and bigoted the producers of “The Last Temptation of Christ” or the “artist” who smeared dung on the Virgin Mary or that Irish lesbian who tore up a picture of the Pope? How blatant and hypocritical does the double-standard need to get before people wake up?! I know it shouldn’t, but it simply astounds me. I agree that burning the Quran is juvenile, hateful and needlessly provocative but why is it that the desecration of Christian symbols is not seen in the same way? Of course, the overreaction to the fundamentalist Bible-thumper in Florida does Muslims no favors either. And, yes, I would say murdering innocent people *is* an overreaction.
This only makes Muslims look violent and irrational because the people doing these things *are* behaving violently and irrationally. This makes all those trying to argue that Islam is a religion of peace simply look ridiculous. Again, urine-covered crucifixes, portrayals of Jesus as a sexual deviant or movies like the “Da Vinci Code” has not prompted murderous rage from Christians. Even the ardent atheist Bill Maher has admitted that while he thinks all religions are wrong, he does not consider all of them equal. Insults against Islam bring death threats, riots and even murders while, as Maher said, he can insult Christians without the Pope sending one of his Swiss Guards over to stick a pike in his guts. This foolishness does absolutely no one any favors. It enrages Muslims, lowers their reputation in the eyes of the world, costs innocent people their lives and brings down calls for censorship and limitations to freedom of speech in the United States.
However, let me also say, while on that subject, that this fundamentalist jerk in Florida is not the only villain here. The people who whipped up the crowds into a murderous frenzy are, let us be honest, not the most sophisticated people in the world. The media had to first give this nut what he wanted and plaster his plan all over the TV’s of the world, but even then, you cannot tell me that everyone in the remote corners of Pakistan and Afghanistan were watching U.S. cable news to hear about this. They were reacting to what their own leaders told them, and here is the key point,

they could have told them the same thing and provoked the same reaction even if the fuzz-face in Florida never laid one finger on the Quran. That is why, ultimately, trying to make any law against this sort of thing would be futile. A Quran did not have to actually be burned for rabble rousers to tell people that one had been. There is simply no logical reason why one white trash preacher in Florida burning a book should ever have even been heard about in the mountains of Afghanistan. The people there were being set up and were simply too ignorant or hateful themselves to realize it. The fact that after all this time people are still so easy to manipulate make me a very … Mad Monarchist
Posted by MadMonarchist at 4:22 AM