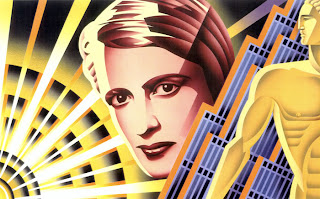 Yesterday the movie “Atlas Shrugged” (Part I) opened in select theatres nation-wide. As most probably know it is based on the best-selling novel by objectivist Ayn Rand and deals with what would happen if the most productive segment of our society suddenly decided to call it quits, withdraw and let things go to Hell without them. I would encourage everyone who can to go and see this movie. I’m sure Rand fans, objectivists, libertarians and so on will go see it in any event, for others I think it will at least be informative, a cause for thought and discussion and I would also encourage it just because good returns on a film like “Atlas Shrugged” is mud in the eye to the whole liberal, socialist, Marxist, UN, EU etc crowd that I despise. I have talked before (readers will remember) about libertarianism and monarchy, making frequent reference to Ayn Rand who has become something of a “patron saint” to the libertarian movement. However, do not misunderstand my endorsement of seeing this movie; it is certainly not about monarchy and has nothing to do with monarchy. I’m sure Ayn Rand herself would be rather discomforted to know that a monarchist was pointing people in the direction of her work were she alive to see it.

To be sure, in many, many ways, someone like myself is as far apart from Ayn Rand as the east is from the west. For me, the primary difference is not even monarchy though we certainly part company there. A native of Mother Russia, Ayn Rand had nothing but utter loathing for her homeland and made it clear that such attitude applied to Tsarist Russia as well as Soviet Russia. I’m sure everyone knows that Tsarist Russia is near and dear to my heart. The biggest gulf between us would be on religion. Ayn Rand was a strident atheist, and perhaps the most genuinely atheist figure I have ever heard of, who viewed religious belief as a psychological weakness. I, on the other hand, view religion as the fundamental underpinning of all history, humanity and civilization. The only reason I can even entertain the ideas of Ayn Rand was that, despite being an ardent atheist and having nothing good at all to say about any religion, she was equally adamant that she opposed any restrictions of any kind being placed on religion or religious belief. She would think me mad for believing in religion but she would never do anything to force me to give it up.

I do think monarchists can, with some thought, relate to “Atlas Shrugged” but we have to go back in time in our minds to more traditional monarchies in order to do so. Nowadays, most monarchies (certainly in the western world) have become wards of the state. They are allowed no power but are allowed to remain on their thrones by the state with a pension provided by the state so long as they do as the state says and follow very strict rules and give up the vast majority of their rights and freedoms to the state. The recent case of HRH Prince Laurent of Belgium shows what uproar will result when a royal does not abide by the wishes of the all-powerful state. In the past, it is true, some monarchs supported the rise of the total state but, as I have mentioned before, in the end, most who did so were consumed by that total state and such is why we have the world of monarchy we all know today. For most monarchies, where they remain, the state has the royals right where they want them; reduced to the status of the lilies of the field who toil not neither do they spin, but they are pretty to look at.

For monarchists to relate to “Atlas Shrugged” we have to, I think, go back to when monarchs actually had some power and ultimately had that before because they were self-sufficient, possessing the lands and the income from those lands to make them significant. It is also significant that this tended to coincide with a very strong aristocracy. Many libertarians and objectivists would tend to lump all royals and aristocrats into the category of shiftless masses on the take from the government. However, we must remember that most royals and aristocrats, if you go back to the beginning, earned their position. In the case of the first Capetian King of France, he was actually elected. The aristocracy of England, as an another example, as it traditionally was (before the advent of those ludicrous “life peers”) began when William the Conqueror rewarded with lands and titles his most faithful and *effective* lieutenants. In that regard, you could say, they “earned” what they were given and had every right to pass it on to their heirs and successors, be it a lord passing down wealth, lands and a title or the King himself passing on a Crown and a country. 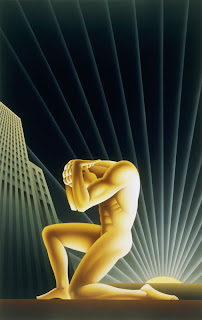 “Atlas Shrugged” hearkens back to a time when private property was viewed as sacred and inviolable and that I unashamedly admire. It is also why I have always had a libertarian antennae go up when I read the testimony of King Charles I of Britain at his “treason” trial. Far from fighting for royal tyranny, the King was fighting for nothing more than that which was legally and legitimately his own. In doing so, as he stated, he was also fighting for the right of every man to that which was his own and for the sanctity of the law over simple brute force. That always seemed to have a very libertarian tone to me. Likewise, much of the same wickedness denounced in “Atlas Shrugged” can also be used to describe what brought down much of the aristocracy in monarchies, such as Great Britain, where government regulations and over-taxation forced the break-up of the great estates, the selling of manor houses and the reduction of many lords and ladies to “ordinary” people with meaningless titles. In general though (again, aside from annoying the people I dislike the most) I think “Atlas Shrugged” can be appreciated by monarchists simply for striking a compelling blow against the ideas of class warfare, class envy and hatred of success that has brought down a number of monarchies around the world.
Posted by MadMonarchist at 8:00 PM