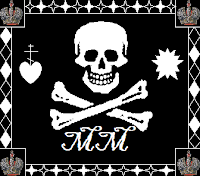 The United States recently came to the brink of a government shut-down over budget cutting. How much was the proposal to cut, astronomical enough to cause a near shut-down of the government? All in all, a few thousandths of a percent of the overall budget. Yes, they sure are tightening those belts aren’t they! The USA is 14 trillion dollars in debt and they are going down to the wire of a government shutdown over a few billion. Well, I am sorry, but when the Democrats protested the idea of cutting funding for “cowboy poetry week” and National Public Radio I think it was pretty clear that they were not serious about cutting back on the flagrant over-spending. Likewise, the GOP talked a good game but they soon backed down from $70 billion to $60 billion to finally settling for about $30 billion in cuts. Again, we are $14 trillion in debt -$30 billion is peanuts compared to that. So why was it so difficult if the amount in question was so small? Two words my friends: special interests. In this case the bottom line was abortion.
Am I over-simplifying things? Perhaps, just a bit, but that is what the final sticking point was. The pro-abortion lobby has a sensitive part of the Democrat Party anatomy in their pocket and they were putting the squeeze on Obama and Harry Reed in a big way. It basically came down to a lobbyist contest and the Democrats’ abortion lobbyists were scarier than the Republicans’ Tea Party lobbyists. Every time something like this comes up, everyone can agree on how much they hate lobbyists and yet virtually every major interest group has them. You cannot cut funding for abortion or the feminist lobby will be on you. You cannot cut back on farm subsidies or the agriculture lobby will be on you. Want to cut funding on foreign aid? Sorry, there is the Israel lobby. How about cutting funds allocated for immigrants? They’re not even citizens after all. Nope, won’t wash either because the Catholic lobby will be on your case. Perhaps we could cut education, we keep spending more and more and yet test scores keep getting lower and lower -something isn’t working. Wrong again, the teachers unions will make you wish you were dead! How about the “corporate fat cats”, everybody hates them right? Wall street probably has more lobbyists than anyone outside the unions. And if you think you can get away with cutting back on government itself take a look at the chaos in Wisconsin. Lives will be endangered.
Turns out, everyone has a lobbyist but you. Yes, you, sitting right there in front of your google machine. This is when a monarchy (a functioning monarchy with some semblance of permanence) can come in very handy. Lobbyists have power because they have money and people behind them -usually more money than people (it‘s a very lucrative business to be in if you can get in) and that translates to votes and thus politicians take them very seriously. Not only can lobbyists deliver you all sorts of really nice perks if you are a cooperative politician, the special interests they represent can get you kicked out of office if you do not dance to their tune. A monarch, however, does not have to stand for election and does not have to curry favor with special interest groups to maintain their position. You cannot offer them any perks because, well to be blunt about it, they desire nothing because they already have everything.
A monarch, not being ‘one of the people’ can put everyone on an equal footing. Because they are beholden to no party or interest they can see all of their subjects equally with no partiality or favoritism. They have a vested interest in the success of their country as they will one day pass it on to their own child and, unlike the politicians who have sunk the western world into a bottomless pit of debt, they can take a broader view as they are “in office” for life. The reason the debt crisis exists is because politicians (and this is under ideal democratic circumstances) are temporary figures. They vote more money for their constituents and friends while they are in office to keep everyone happy and themselves popular, confident in the knowledge that they will be long gone when it finally comes time to pay the piper. That is also why cutting back on the spending is so difficult. Such unpopular measures pay off later whereas irresponsible spending pays off immediately.
The problem, of course, even in the remaining monarchies of the western world, is that we have allowed politicians to change the rules. No reigning monarch (outside of perhaps Liechtenstein or Monaco) is under any illusion that their position is permanent nor do any (again, outside of Liechtenstein and Monaco) have any real role in the actual government of their country. I would say it is no coincidence that Liechtenstein and Monaco are among the most well-off of all countries and have been the most unscathed by the current economic crisis in Europe and North America. For most, monarchs can no longer live up to their full potential because they know they are always only one parliamentary vote away from being shuffled off the national stage

entirely. The German Kaiser Wilhelm II once said that, as monarchs are responsible to God for the nations entrusted to their care, it was best to carefully study public opinion before allowing it to influence their decisions. If that was true in the time of the Kaiser, it is certainly no longer true today. Monarchs must pay ever closer attention to the whims and fancies of public opinion because their positions are no longer regarded as sacred by the vast majority. This has robbed them of the ability to be of the utmost benefit to their nations and, as we are seeing now, it is the nations that suffer as a result. And that makes me a very sad … Mad Monarchist.
Posted by MadMonarchist at 9:45 AM