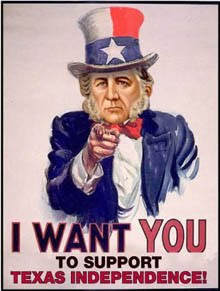 Last night a local station in San Antonio (which recently passed Dallas to become the second largest city in Texas) ran a story about the Texas Nationalist Movement, probably the most high-profile group in the state calling for secession and the restoration of the independent Republic of Texas. The spokesmen for TNM they spoke to pointed to some recent polls which indicated at least a growing support in Texas for the *principle* of secession and the right for Texas to become independent again. The membership director for TNM said that over six million registered voters actually favored Texas independence. Groups such as this have been around a long time, one of the more outlandish being the “Republic of Texas” militia group that was involved in an armed siege with government troops at their compound in the Davis Mountains. However, the Texas Nationalist Movement is completely peaceful and political and, although they mourn the fact that it cannot be as easy as holding a referendum, they are determined to use the existing political establishment to bring about independence.

According to the report, the TNM has passed from “phase one”, which was all about education and distribution information, to “phase two” which is direct lobbying of the politicians in Austin. They are hoping that by such measures or sufficient public pressure they can persuade elected officials to amend the constitution or introduce legislation calling for the secession of Texas from the United States. In the old days there were historical arguments, civil rights arguments, immigration and border arguments, and all of those are still around, but the economy has overtaken all others on the list of reasons the group gives for supporting independence. Cary Wise, TNM membership director, said, “Sooner or later our economy, to some extent, is going to collapse. And when it does, it’s going to take Texas with it,” and that is why secession is needed. This echoed similar sentiments expressed by Congressman Ron Paul who warned that states would secede when the dollar collapses and the federal government becomes totally ineffective.

Talk about secession, as regular readers will know, has been around for a long time and never fails to cause a firestorm of controversy whenever a major political official such as Congressman Ron Paul or Governor Rick Perry so much as speaks of secession as a legitimate possibility. I have always been rather skeptical of the chances of success, simply because so many are living off of the federal government these days and because so many non-Texans are moving in from other states and other countries. However, given what is happening in Wisconsin and the impending economic collapse of California, many more Texans may start to consider secession when all the states in the Union are called upon to bail out those who have lived for decades beyond their means and refuse to exercise economic discipline. 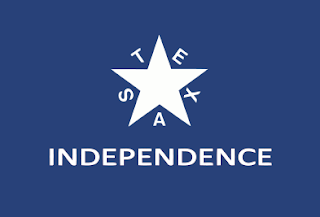