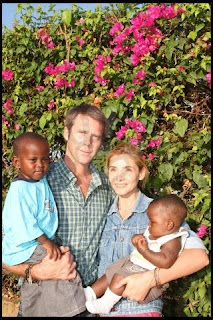 I realize I am getting ahead of my usual news routine, but this story grabbed by attention and I do not often have the chance to report on Italian royal news. HRH Prince Emanuele Filiberto of Venice and Piedmont (son the last Crown Prince of Italy) and his wife Princess Clotilde have reportedly had two new additions to their family, adopting two boys from Kenya in January named Alan and Moses. The couple already have two daughters of their own; Princess Vittoria and Princess Luisa who accompanied their parents to Kenya to meet their new adopted siblings. I will confess that this was probably the most surprising recent royal news for me; I just never expected the Prince and Princess of Venice & Piedmont to be the sort who would do this. The succession of the House of Savoy has been disputed for some time over the un-equal marriage of the Crown Prince with the Duke of Aosta claiming to be rightful heir. The flaunting of succession laws was reiterated some time ago by the Prince of Venice who said that he would make his eldest daughter, Princess Vittoria, head of the house after him if he had no sons.

As things stand now, the Duke of Aosta will inherit the position in any event since the Prince of Venice has no sons. However, if he actually tried to name his daughter as his successor (against the Salic law of Savoy) the squabble would be back to square one. There has also been chatter, considering the violations of the succession law that have already been made (and, let us be honest, some rather unorthodox behavior) what would happen if the Prince were to try to make one of his new adopted sons his heir? Might there be a Kenyan claimant to the kingship of Italy? I also cannot resist mentioning that the famous St Pio of Pietrelcina (Padre Pio) is said to have predicted that one branch of the House of Savoy would flourish while the other would wither away. If that story is true St Pio seems to have been quite prophetic yet again. 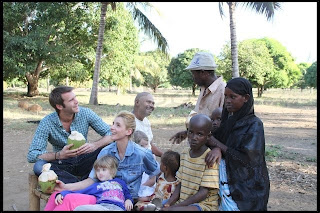 Personally, and I love the Italian Royal Family in spite of having many “problems” with them both today and throughout their history, but I cannot help but wonder if this adoption is really what you would call ‘genuine’. They all look perfectly happy about it and sincere and all but, let us be honest, the royal couple have tended to give the impression of craving celebrity and the spotlight and it is undeniable that, for some reason, adopting African children seems to have become rather chic and fashionable among the celebrities of our current pop culture. Could this be an effort in that direction or am I being unfair and needlessly negative? Time will tell I suppose. Until then at least, assuming the best of everyone involved, The Mad Monarchist congratulates the Prince and Princess on their new additions and wish the Italian Royal Family all the best for the future.

*Update* Subsequent news reports have indicated that the adoption was a purely financial one rather than an actual change of family for the two youngsters.
Posted by MadMonarchist at 6:54 PM