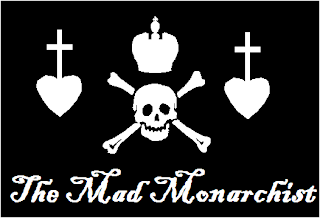 The United States recently celebrated Presidents Day, a holiday to honor all presidents which grew out of lumping together the birthdays of George Washington and Abraham Lincoln, widely considered to be the best American presidents. It will not surprise readers of this weblog to know that I disapprove of both of these individuals though it may surprise some to know that I have a much better opinion of the “revolutionary” George Washington than I do of the first Republican Party President Abraham Lincoln. I actually think George Washington was a pretty decent American president. Not stellar by any means but he kept the country on an even keel, had a pretty conservative attitude on things and resolved to stay out of world affairs and have the USA mind its own business. Where I offend the “Yankee Doodle” crowd is when I point out that Washington was a military idiot. So sorry to offend the honor of your “god” Yankee doodles, but that is simply a fact.

George Washington, aside from the whole “traitor” thing, had flaws that were mostly personal and nothing to do with his presidency. He was stuck-up, vindictive, quick to take offense and good at trying to blame others for his own mistakes. He pulled the teeth out of his own slaves when he was in need of some and cursed his soldiers after losing a battle. And he lost plenty of them. The British basically thrashed him from one end of New England to the other with the only battles he ever won basically being minor skirmishes in which he had the enemy grossly outnumbered (such as the time he famously crossed the Delaware to capture a handful of drunk Germans). The only ability he ever seemed to show was in retreating and the best he ever achieved was in not-being-destroyed by the British army. And don’t talk to me about Yorktown either for everyone knows that the French won that battle, not George Washington. However, his side did win the war and he deserves credit for that (the presidency was a fitting reward) since he surely would have been blamed had they lost.

Abraham Lincoln, however, is an entirely different story. He is often rated even above Washington as the greatest president in American history and if you don’t believe me about the lengths to which this goes just take a little trip to Washington DC where his colossal image is enthroned in his very own Greco-Roman temple. I am, frankly, completely at a loss to explain how this is possible. I am bewildered by the praise heaped on this tyrant of a man for things which he actually did the very opposite of. Admirers will say that he “kept the United States together”. Umm, no, in fact it was his election that drove half of the country into open rebellion against him. Admirers will say that he “freed the slaves”. How is that possible when the law that abolished slavery was passed after Lincoln was dead as Julius Caesar? Well, but, but, his admirers will say that he was an honest, God fearing and decent man. You are talking about Lincoln, right? The same man who said at his inauguration that there could be no war between the states without the south being the aggressors and then called for tens of thousands of troops to invade the south? The same man who promised that he had no plans to interfere with slavery where it legally existed only to then say he had made a promise to God to eradicate slavery when issuing the “Emancipation Proclamation” (which actually freed practically no one as it applied only to areas not under Union control)? “Honest Abe” my aching… 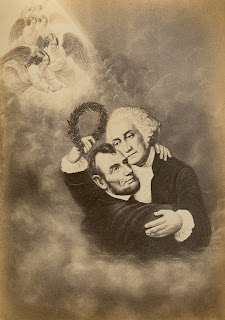 As for the “God fearing man” part, Lincoln is actually the only American president who was never a member of any church nor did he have any religious affiliation. And as for the decent part, I am sorry Lincoln worshippers, but the man purposely killed more Americans than any foreign nation or potentate in history. Whatever you think of the righteousness of the cause of the war, Lincoln is the only American president to ever fight a full-scale war against Americans. His troops killed American civilians, looted and burned American towns, starved American children and devastated entire regions of the country we call America. He used U.S. soldiers to break up properly elected state governments (Maryland) as well as to arrest anyone who exercised their freedom of speech to voice disapproval of the war he was fighting. “Honest Abe” tried to justify this by saying that secession was illegal yet he engineered the secession of the western counties from Virginia to form the new state of West Virginia to gain more representatives in Congress. Honest someone said?

Now I know that the hundreds of thousands of dead Americans, trampled rights and tyrannical rule will still be excused by many as being justified means to the end of abolishing slavery. In the first place, I find that just a tad disturbing as it is, and in the second place I do not see how that can possibly be true. Great Britain, the Netherlands, Spain, Portugal and Brazil all ended slavery without a horrific bloodbath. The Tsar of Russia ended serfdom without butchering his own people by the hundreds of thousands. Are people really arguing that the only way the greatest President of the United States in American history could end slavery was by brute military force that utterly devastated half the country and killed nearly 700,000 people? Were he one of the greatest statesmen to ever walk the earth, could he not have found a better way? It simply baffles me that the man hailed by so many as the greatest American President is the same one who trampled on the constitution, suspended civil rights, arrested thousands without warrant or hope of a trial simply for speaking against his actions, waged war against his own people and, after his death, had most of his actions denounced by the U.S. Supreme Court as totally illegal and unconstitutional. It utterly baffles me and I doubt I will ever understand this odd sort of republican logic, but, I suppose, that is why I am … The Mad Monarchist.
Posted by MadMonarchist at 12:17 AM