The Alamo: The Siege Begins 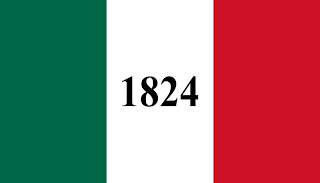 It was on this day in 1836 that the Mexican Army of Operations in Texas, led by the Presidential dictator and traitor to his emperor Generalissimo Antonio Lopez de Santa Anna arrived in San Antonio, Texas and besieged the tiny force of Texan volunteers who had taken refuge in the Alamo, a crumbling old Franciscan mission from the Spanish era. Upon arrival Santa Anna sent the Alamo a demand for unconditional surrender, otherwise the old rules would apply and his forces would give no quarter. Alamo co-commander Lt. Colonel William B. Travis answered this demand with a shot from his largest canon (an 18pdr) and a rebel yell. Properly annoyed, Santa Anna dispatched troops to raise a blood-red flag over San Fernando Church (the highest point in town at the time) to send an unmistakable message to the Texan forces. There would be no mercy, he would take no prisoners. This would be a fight to the death. Determined to hold as long as possible, Travis sent messages to the Anglo colonies imploring them for assistance. "Send me help, oh my country". Mexican artillery was brought forward and began their first night of bombardment. The most famous and infamous battle in Texas history had begun.
Posted by MadMonarchist at 5:20 PM