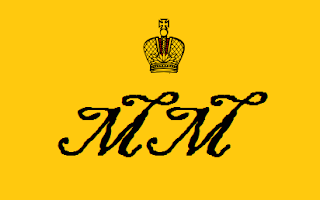 Last Saturday the Swedish Royal Family gathered to celebrate the 200th anniversary of the reign of the House of Bernadotte over the Kingdom of Sweden. The Royal Family attended Church at Örebro after which they visited the Iron Market where HM King Carl XVI Gustaf gave a speech about the last two centuries of the Bernadotte family in Sweden. That evening the family attended a dinner with the governor and local dignitaries. The current Swedish Royal Family goes back to 1810 when Jean-Baptiste Bernadotte, one of Napoleon’s marshals, was elected heir to the Swedish throne. The embittered Marshal of France accepted, becoming King Carl XIV Johan of Sweden and later led Sweden into war alongside the Allies against his former Emperor.

The big royal news this week was definitely the marriage of HRH Prince Nikolaus, second son of Their Majesties King Constantine II and Queen Anne-Marie of the Hellenes, and Tatiana Blatnik on the Greek island of Spetses. The wedding was held Wednesday and was witnessed by royal guests from across Europe including HM Queen Sofia of Spain, the Prince and Princess of the Asturias, Infanta Cristina and Infanta Elena of Spain; the Prince and Princess of Orange, Crown Prince Haakon of Norway, Queen Margrethe II, Crown Princess Mary, Prince Joachim and Princess Marie of Denmark; Crown Princess Victoria and Prince Daniel of Sweden, Princess Madeleine and Prince Carl Philip of Sweden; Princess Rosario of Bulgaria, Empress Farah of Iran and of course the Greek Royal Family. Everything seemed to go off without a hitch and The Mad Monarchist wishes the new couple a lifetime of happiness.

In the Middle East, HM King Abdullah II of Jordan visited Saudi Arabia to meet with his royal counterpart there and participate in a pilgrimage to Mecca known as the Umrah. Back in Jordan the King and Queen Rania toured an orphanage in Amman where he announced a new order to his government to develop strategies to best care for orphans throughout the country. Queen Rania also spent time this week inspecting a number of the works underway by her various charities particularly the Jordan River Foundation which exists to provide opportunities for women and children. King Abdullah II also accepted the invitation of U.S. President Barrack Obama to attend the peace conference next year to deal with the Israeli-Palestinian conflict. The Kingdom of Jordan and Egypt are the only neighboring countries which currently maintain diplomatic ties to the State of Israel.

In the Far East, the Republic of Korea marked 65 years of independence from the Empire of Japan by unveiling the newly restored Gwanghwamun gate of the Gyeongbok Palace in Seoul after a four year long project costing over $25 million. It was through this gate that the King (for a short time Emperor) of Korea would pass during formal ceremonies at the royal palace, parades and so on. It is common in the region for the main central gate to a palace to be reserved for the monarch only with others passing through smaller side-gates. The gate has been destroyed and rebuilt many times throughout the troubled history of Korea, by the Japanese in ages past, again by the Japanese during the colonial period and most recently as a result of the Korean conflict of 1950-53. Thousands of Koreans attended the ceremony presided over by the President of the republic.
Posted by MadMonarchist at 2:08 AM