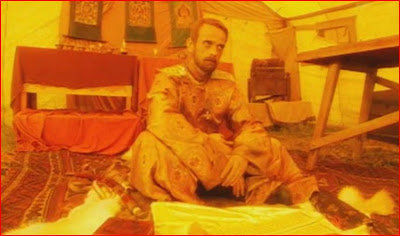 As you may or may not know a judge in California recently ruled that proposition 8 which bans gay "marriage" is unconstitutional. I'm sure the fact that the judge is openly homosexual had nothing to do with it. This whole episode is one California has gone through before. First, gay activists sued the state because they were not allowed to marry. The liberal court found in their favor and said gay "marriage" had to be allowed. The people of California were outraged and passed a law to ban it. The gays went back to court, once again the liberal court said the law was unconstitutional and struck it down. So, in the last presidential election, Californians voted to pass proposition 8 to ban gay "marriage" directly. Now, the court has again ruled in favor of the gay agenda. The issue will now go on to a higher court, which will surely rule in favor of the gay activists (being liberal dominated) and then it will go to the U.S. Supreme Court which effectively means Anthony Kennedy will decide if there will be gay "marriage" in America or not.

Behold the face of republican hypocrisy. This is backed largely by the liberal Democratic Party which, in numerous areas, has been trying even harder as of late to make America less of a republic and more of a democracy. Of course, democracy being favored above all does not seem to apply when the majority decides against the agenda of one of the most loyal voting blocs for the Democrats. When that happens "democracy" suddenly gets thrown out the window and the people have to eat, indeed must choke down, whatever dish the ruling elite wishes to serve them. Popular opinion be damned. What is almost funny about this is the fact that their propaganda machine failed them. Voter returns show that the group which put prop 8 over the mark was the Black community, which votes overwhelmingly Democrat in every election. Their support was taken for granted. Blacks turned out in bigger numbers than ever to vote for Obama and other Democrats but in California they also voted to pass prop 8 and ban gay "marriage". Liberals were stunned and so were quickly forced to toss democracy overboard in this area and depend on the courts to force their wishes on an unwilling public.

What people get up to in their own homes is their business and not mine or the government's. Being a big supporter of private property rights I say anyone should be able to will anything they own to anyone they like and should be able to give "next of kin" status to anyone they like be it family, friend, neighbor or "long time companion". However, I will not tolerate and I will certainly never accept any group re-writing the definition of words and long sacred traditional institutions so they can force acceptance (not tolerance) of their abnormality on everyone else. And I use that word purposely because I have seen, like most people, a number of "gay pride" parades on TV and I would call the behavior on display at such events perverse and degenerate if it was being done by heterosexual and even married heterosexual people. If they want tolerance they are not going about it anywhere near the right way. They have tolerance but they are trying to gain acceptance now and when the public tolerates but will not accept they go to the courts to force the public to accept it regardless of their wishes.

This is, of course, nothing new nor is it unique to America. We saw it when Ireland voted against the new EU constitution and we have seen it on-going in Australia after the people voted to retain their constitutional monarchy. The liberal, revolutionary elites always claim to be "for" the people, for empowering the people, for giving the people a "voice" in government yet that always only seems to apply when they can lie, mislead or indoctrinate the public into doing exactly what they want. It also displays a fundamental flaw in the bedrock republican principle of "popular sovereignty". What is to be done when the will of the people is found to be in opposition to what the courts say is the meaning of the document meant to hold sacrosanct the will of the people? Think about that for a while if you want to give yourself a headache. And this, my friends, is a picture of business as usual in the "Great Republic" which is based on democracy, popular sovereignty and the sanctity of the "will of the people". When the people do not do what they are "supposed" to do it will eventually come down to one old man in a black robe named Anthony Kennedy who will decide the issue. Not the people.

And yet they call me ... The Mad Monarchist.
Posted by MadMonarchist at 1:00 AM