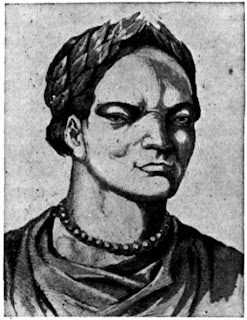 Today the name of Attila the Hun is synonymous with cruelty and barbarity. Most people know nothing about him other than that he was a “bad guy”. He was one of, though certainly the most infamous, of the pagan, barbarian enemies of the late Roman Empire, known as the “Scourge of God”. In reality, he was a much more complex man though he was certainly a brutal and ruthless warrior king in the tradition of the marauding tribes of the Eurasian steppe. In warfare and politics he was merciless but he was known by his own people as a wise and just ruler, one appreciative of ability, a man of vision and even a cosmopolitan man in a way. Born around 406 AD to a Hun leader named Mundzuk he succeeded to the kingship of the Huns in 434 AD alongside his brother Bleda after the death of their uncle King Ruga. At this time the Huns were a powerful but separated confederation of tribes that subsisted primarily through raiding.

Although nomadic and covering a large area throughout eastern Europe to Central Asia the primary home of the Huns was in what is now Hungary and after daring to launch raids against the East Roman Empire they began to receive tribute and trade with Constantinople as Emperor Theodosius II thought it more practical to treat with them rather than engage them militarily -though he did take the precaution of shoring up his own defenses in case war ever came. With no major enemies close to home Attila and Bleda turned toward Asia and the Caucasus leading an attack on the Sassanids but this invasion was not successful as the Huns were defeated in Armenia and so by 440 they were back to threaten the borders of the Roman Empire. The Huns were able to raid freely along the Danube as the bulk of Roman forces had been transferred to fight the Vandal invasion of Carthage. This allowed Bleda and Attila to sack cities all the way to what is now Belgrade.

Legions were recalled from Sicily but the Hun threat only grew more dangerous as they discovered modern siege engines and put them to good use, continuing their rampage south all the way to Gallipoli. Finally, the Romans came to terms with them once again and paid tribute at triple the previous rate. It was around this time (445) that Bleda died in a hunting accident, presumably arranged by Attila who thus became the sole King of the Huns. In 447 he renewed his offensive against the East Roman Empire reaching as far south as Thermopylae in Greece before withdrawing rather than attack Constantinople itself as he lacked the resources to breach the formidable city walls that had recently been strengthened. Attila had gained an admiration for the Roman Empire and a sense of its weakness. He was a new kind of Hun leader that no one had seen before. Rather than the chieftain of a disparate confederation of raiding tribes Attila the Hun created a unified fighting force and began to take and hold vast territories rather than plundering them and moving on. Soon, his Hunnish Empire stood as a vast and deadly rival to Christian Rome.

As he turned his gaze west Attila made an alliance with the Western Roman Emperor Valentinian III to make war on the Visigoths. However, he soon turned on the Romans when Princess Honoria, the rebellious sister of Valentinian III, asked him for help after Valentinian imprisoned her for conspiring with her lover to assassinate him. Attila took this as a proposal of marriage (though he already had many wives) and claimed half the western empire as his dowry. Soon he gathered a massive army from the member peoples of his empire and rode west arriving in Belgium in 451 with an army estimated at the time to number up to half a million. The Romans sent their best general, Flavius Aetius, to handle the situation. He had experience with the Huns, living among them as a child hostage, and he took his meager Roman forces and gathered local Celts and Franks to assemble an army that Rome hoped could stand a chance against the seemingly unstoppable Attila. The Romans even made an alliance with their old enemy King Theodoric of the Visigoths in their desperate effort to stop the Huns.

The result was the epic battle of Chalons-sur-Marne aka the Catalaunian Fields widely considered one of the most important battles in world history. Historians have speculated that this battle decided whether the Christian Roman Empire or the pagan Hunnish Empire would be the dominant influence on the rest of western history. It was a fierce and bloody battle and one the Romans looked to be losing. King Theodoric was killed but the Roman legions held firm and the enraged Goths helped turn the tide against the Huns and Attila suffered his most stunning defeat. Still, the Romans had suffered greatly as well and so did not press on to pursue their victory. Despite this setback, Attila was still very much a danger to the Romans and not lacking in ambition. To the Romans he remained the ultimate bogey man.

In the Roman world, with some justification, Attila was the most terrifying image of pagan-barbarian brutality. The appearance and the habits of the Huns were unlike anything the Romans had seen before. However, among his own people and even the conquered people of his empire Attila was known for the great care he took of his subjects and his great justice in settling disputes. He chose his top commanders based on merit with no favoritism and his entourage included people of various nationalities and religions. In fact, one of his most trusted subordinates was a Christian who would one day make his son the last Emperor of Rome in the west. However, Attila had not given up on making that empire his own and in 452 he struck back with an invasion of Italy itself. Several cities in northern Italy (including Venice) can trace their origins back to refugees fleeing Attila. By this time there were no legions nearby and Rome seemed doomed.

Desperate to halt the invasion, Emperor Valentinian III sent a delegation to meet with Attila led by Pope Leo I. What happened next is interesting. Christian tradition says that when the Pope met with Attila and warned him to withdraw he saw a vision of Saints Peter and Paul with swords drawn hovering over the pontiff and thus withdrew his attack. Others say it was gold and a plague that had broken out in his army but, whatever the cause, Attila inexplicably withdrew just as he was on the cusp of victory and returned to his own territory. Rome was safe and would never be threatened by the Huns again. Shortly after, in 453, King Attila was celebrated a new marriage when he suffered a nosebleed and drowned in his own blood. His death was greatly mourned by the Huns and though he was succeeded by one of his sons they immediately began fighting amongst themselves and the Hunnish empire dissolved shortly thereafter. Attila had been the driving force, the skilled statesman and brutal warrior who had made their success possible and without his leadership they withered away.
Posted by MadMonarchist at 1:17 AM