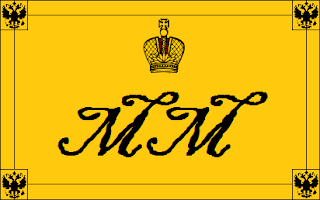 Starting in the far north with the Swedish Royal Family, Crown Princess Victoria arrived for a four day visit on Monday to the United Arab Emirates. She visited four of the seven member states, meeting with the local royals, government officials and touring medical facilities while trying to encourage the U.A.E. to buy more Swedish exports. Renewable energy and eco-friendly technology were the major products the Crown Princess stumped for. Meanwhile, back at home, the King and Queen hosted a state visit by the President of the Baltic Republic of Estonia. This was a special visit for President Toomas Hendrik Ilves who was born in Sweden. The President discussed the close ties of the two Baltic countries, visited a monument to Estonian refugees who escaped during the Soviet era and toured an Estonian school in Stockholm. During the height of Swedish power Estonia was under the Crown of Sweden from 1561 to 1721. The President and First Lady arrived on Tuesday and left Thursday.

In the Middle East, a degree of turmoil has broken out in the usually pacific Kingdom of Jordan and has resulted in calls for greater restrictions to be placed on HM King Abdullah II. Recent American administrations have been tirelessly advocating more democracy in the Middle East and it seems the Islamic Action Front is in agreement with them. Rising prices and rising unemployment have caused discontent to spread recently and the Islamic Action Front is calling for the dismissal of the current government and for the prime minister to be directly elected or chosen by the majority in parliament rather than being chosen by the King as is currently the case. Support has been growing recently for the Islamic Action Front which is an off-shoot of the now widely known Muslim Brotherhood. They have long opposed the policies and practices of the King which in other areas would be considered modern and progressive.

Another, rather troubling to this blogger, development has arisen in Great Britain. Once again calls are being made to “amend” the succession laws in favor of equal primogeniture. As I have in the past predicted that this issue would come up again and again, almost entirely by those wishing to undermine the monarchy, I have been proven right once again (how long until everyone just gives up and agrees with me … really) only this time it is not religion that is the dominant issue, it is gender. The excuse for bringing up the argument is the upcoming wedding of Prince William, who seems to be going out of his way to take an ‘out with the old, in the with the new’ approach. The “fairness” brigades are out in force again, howling at the injustice that will take place if Prince William has a daughter as his first born who would then be set aside in favor of a young brother should a boy come along. Now, one might think that making a fuss over children that have not yet been born to a couple not yet married might just be making much ado about nothing. Of course, to think that would also mean you have some semblance of sense which these people do not have. On the contrary, sufficient dust has been raised on this issue to prompt a response from the office of Prime Minister “Call me Dave” Cameron. The PM’s office pointed out that changing the succession is no simple trick (and that the government has just a few more pressing issues to deal with) and would have to involve the cooperation of all the other Commonwealth Realms that are still in personal union with the British Crown. After all, if Britain changed the law and Canada or Australia did not it would mean that Prince William could be succeeded by his daughter in Britain but his son in Australia -which would rather complicate things.

Yours truly, and many others, have often pointed out that this whole issue is absurd. The idea that male primogeniture is “unfair” to girls flies in the face of the fact that (hold on to your chairs) monarchy is inherently unfair! I would argue that democracy is as well but that is another issue. Modern Europe seems to have a problem grasping this simple fact that I had pounded into me from the time I was knee-high to a duck: life isn’t fair. Never has been, never will be -deal with it. Yet, the trend is certainly going in the direction of gender neutrality, at least in Europe (and to a lesser extent Japan). In the rest of the world such a thing is never even discussed. Yet, Sweden, the Netherlands, Belgium, Norway and finally Denmark have all cleared the way for more queens in the future and the loss of the old male-line royal houses. Great Britain, Spain, Luxembourg and the little Principalities of Monaco and Liechtenstein are still clinging to male preference but the current climate seems stacked against them (at least for those other than Liechtenstein and Monaco which generally do as they please). I will admit that this is not as serious an issue as the overall survival of the monarchy, but personally I will be very relieved when some other issue will jump to the top of the news sheets and this can be forgotten again. 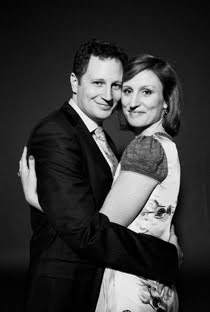 Finally, to end on a happy note, there is another royal engagement to mention. This time it is HIH Prince Georg Friedrich of Prussia, head of the House of Hohenzollern and heir to the German Kaisers. The Prince (how much nicer it would be to say Kaiser Friedrich IV) announced yesterday that he is engaged to marry HSH Princess Sophie von Isenburg. The Princess grew up in Hesse and Freiburg im Breisgau, studied in Berlin in the area of business administration and is currently working at a consulting firm for a nonprofit organization in Berlin. Not wasting as much time as his fellow royals in Monaco or Britain, the Prussian prince plans to marry later this year in Potsdam and will coordinate the event with the 950th anniversary of the House of Hohenzollern. The Mad Monarchist congratulates the happy couple and wishes them a long and prosperous union. Hoech der Kaiser!
Posted by MadMonarchist at 12:16 AM