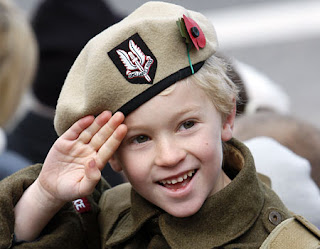 Recently, blog member down-under the Radical Royalist reported on the recent presidential election in Portugal, which was actually a victory of sorts for the tireless, determined Portuguese monarchists. They had called for a boycott of the elections to demonstrate a rejection of the republican system or, to make a more obvious statement, to invalidate the ballots by writing “I want a king” across the page. It seems to have worked. A combination of monarchist campaigning and apathy and frustration with the political class in Portugal resulted in 5,139,583 out of 9,631,222 registered voters boycotting the election or invalidating their ballots by calling for a monarch. Only 40.4% of the Portuguese participated compared to 59.6% who did not -an obvious “vote” of no-confidence in the republican government and the current crop of politicians running the country.

In a way, this is not surprising given the well known extent of the economic crisis in Portugal which many are expecting to go the way the way of Greece due to the huge debts and massive entitlements in Portugal. People from all walks of life are fed up and very few of any political persuasion are happy with the situation. However, that in no way detracts from the great credit due to Portuguese monarchists for their constant efforts to argue, educate and claim the attention of the public toward the restoration of their venerable monarchy. Finding ways to grab public attention can sometimes be more than half the battle these days and the Portuguese monarchists have done that in a harmless but powerfully symbolic way with the use of flags. In 2009, during the night, Portuguese monarchists swapped the municipal flag on the city hall for the old blue and white flag of the Kingdom of Portugal. In 2010 they did the same to mark the birthday of the heir to the Portuguese throne, taking down the green-red republican national flag and putting up a huge blue-white flag in its place in Edward VII Park in downtown Lisbon.

At a time when ‘group think’ seems to be more prevalent than ever, and so many seem apathetic on virtually any subject that does not immediately effect their own person, it is heartening to see such zeal and energy on the part of monarchists. It also does not hurt that, especially in Portugal, the history of the republic has been a history of turmoil, penury and utter failure which stands in stark contrast to the peak of Portuguese greatness achieved under the monarchy. People need to be made to understand that things do not have to remain the way they are and that, as a kingdom, Portugal was once on the cutting edge of scientific advancement and discovery in the world, that Portugal was once among the wealthiest countries in the world and established the first and most enduring maritime empire on earth. The Portuguese can be justly proud of all of that and the monarchists are working to ensure that such pride is revived, encouraged and used to motivate people to reject republicanism and restore the Kingdom of Portugal. For all of that, they are well deserving of all due credit. Monarchists of Portugal, I SALUTE you!
Posted by MadMonarchist at 1:01 AM