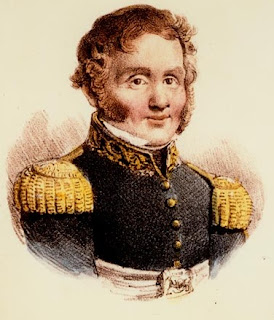 A longtime figure in the early history of independent Mexico, General Vicente Filisola could always be counted on to be among the forces of the most conservative and loyalist faction. He was born in 1789 in Ravello, Italy but moved to Spain with his family when he was quite young. On March 17, 1804 he entered the Spanish army, starting what was to be a lifelong military career. He earned promotion to second lieutenant after six years of dedicated service and In 1811 was sent to New Spain (modern Mexico) to serve with the forces charged with suppressing the attempted revolution launched by Father Miguel Hidalgo y Costilla. Filisola was a dedicated and loyal officer in the Spanish army and earned numerous promotions. His most important action, however, was becoming a close friend to his fellow officer Agustin de Iturbide. 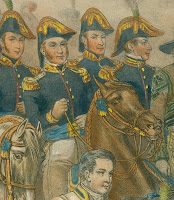 Iturbide, also a leader in the Spanish army, had fought for the King of Spain against the revolutionaries but was the most prominent of a growing group of Mexican conservatives who believed that Spain was becoming too liberal, that Mexican independence was inevitable and that they could and should take the lead in the revolution to direct it to a more traditional and less radical conclusion. Filisola supported Iturbide in his "Plan of Iguala" which called for an independent Mexican monarchy, originally intended to remain part of the Spanish Empire, based on the guarantees of unity, independence and religion. Filisola was given command of the Army of the Three Guarantees and the rank of brigadier general. When Iturbide himself was persuaded to lead the independent Mexico as Emperor Agustin I, General Filisola was dispatched to the south to bring Central America into the new Mexican Empire.

Filisola succeeded in his assignment, taking control of Central America and ensuring that Imperial Mexico stretched all the way from northern California to Panama. However, when Emperor Agustin lost his throne as a result of the treachery of Antonio Lopez de Santa Anna, the Central American nations broke away and Filisola returned to Mexico for a new assignment with the new republican government. Almost immediately, the new government faced the issue of immigration from the United States. Iturbide had been working out an agreement for the establishment of Anglo colonies in Texas and after a time the Mexican Republic continued the program. Invasions by Filibusters or land pirates had long been a problem, but the Anglo colonists were mostly loyal to the new Mexican constitution of 18124. However, the growing number of Anglo colonists alarmed many in Mexico and efforts were slowly put in place to halt immigration and increase the Mexican presence in Texas.

General Filisola, on October 12, 1831, was given a grant to settle 600 families in East Texas who could be anyone except Anglo-Americans. However, this was land which the government had promised to the Cherokee Indians in 1823 and Filisola was never able to establish his colony and his short term as an empresario came to nothing. Nonetheless throughout the 1820's and early 1830's General Filisola held a number of important commands in the Mexican army, including holding command of the eastern internal provinces which he was given in January of 1833. However, it was in 1835 that Filisola received what was to be his most important appointment. It was in 1835 that the province of Texas had risen up, captured all of the important posts in Texas and after a long hard battle in San Antonio had expelled the Mexican garrison commanded by General Martin Perfecto de Cos, the brother-in-law of the Mexican dictator Antonio Lopez de Santa Anna.

General Santa Anna immediately began raising an army to retake Texas and crush or expel the entire Anglo population. General Vicente Filisola was made deputy commander of this force, named the Army of Operations in Texas, and was second only to Santa Anna himself. Santa Anna marched first on San Antonio where less than 200 Texans had barricaded themselves in the old Spanish mission known as the Alamo. The battle was a victory for Mexico, albeit an extremely costly one. General Filisola arrived with his troops three days after the Alamo had fallen since the massive size of the Mexican army meant that the main body was stretched out with units several days march apart. Later, General Filisola wrote down many observations about the campaign, commenting on the determined bravery of the Mexican soldier and the vanity of Santa Anna who would listen to nothing that was not in agreement with the ideas of Napoleon Bonaparte. Filisola also considered the assault on the Alamo a costly and unnecessary waste of manpower, pointing out that if Santa Anna had only waited for his heavy artillery to arrive they could have shelled the crumbling mission to rubble without risking the life of a single Mexican soldier. 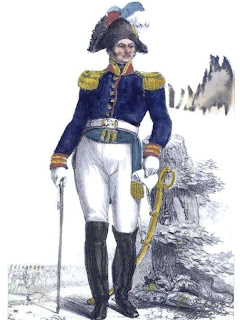 After the battle, Santa Anna pushed his army relentlessly forward in pursuit of Texas General Sam Houston who was retreating north. Overconfident, Santa Anna was oblivious to the strategic danger he placed himself in and took a smaller part of his army ahead in the hope of capturing Houston personally. At San Jacinto, Houston cut Santa Anna off from General Filisola and the main army and launched a surprise attack on the sleeping Mexicans. Santa Anna suffered a stunning defeat and was himself captured and forced to order his army back to Mexico and recognize the independence of Texas. General Santa Anna sent orders to General Filisola to withdraw the army back to San Antonio. General Filisola ordered the retreat, but not simply to San Antonio, but all the way across the Rio Grande to Mexico. Because of this, General Filisola earned the total wrath of many of his subordinates and in time his retreat from Texas became the single most remembered action of his life.

General Filisola would spend much of the rest of his life explaining and answering for taking the army out of Texas. Santa Anna, it was argued, had given the order under duress and so Filisola was not bound to obey it. However, General Filisola said he would have ordered the retreat even without an order from Santa Anna because the military situation left him no other option. General Santa Anna had taken huge losses at the Alamo and San Jacinto, were deep in enemy country and could expect no reinforcements while the atrocities committed by Santa Anna continued to draw outraged volunteers from the United States to aid the Texans. The Mexican army had been pushed to exhaustion pursuing Houston, their supply lines had broken down and huge numbers were down with dysentery. Filisola, who had a higher regard for his soldiers than anyone, said that nature had left them no option but to withdraw or risk losing the rest of the army. 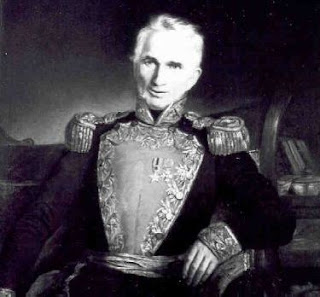 No instructions reached Filisola from Mexico City until he had crossed the Nueces River when he was ordered to hold what territory had been retaken. He offered to march back north, but it was clearly apparent that the army could not bear the task. They were weak, malnourished, poorly equipped and their morale was sapped. Filisola continued on to Matamoros and on June 12, 1836 command of the army was given to General Jose Urrea, the most victorious officer of the campaign, and Filisola resigned his post of deputy commander, turning the position over to General Juan Jose Andrade. He retired to Saltillo but was able to answer the charges other officers had made against him, accusing him of cowardice and treason for ordering the retreat, when he was court-martialed by the Mexican government. General Filisola presented the facts, gave his side of the story and was properly exonerated in June of 1841. He also wrote extensively, detailing what had happened on the failed Texas campaign and explaining his own actions. When the Mexican-American War broke out General Filisola was recalled to service and commanded one of the three divisions in the Mexican army. He died not long after the war on July 23, 1850 during a cholera epidemic in Mexico City.
Posted by MadMonarchist at 12:13 AM