The Case for Monarchy: Germany 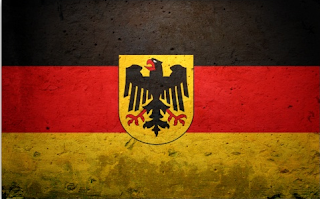 The Federal Republic of Germany today is a far cry from the proud nation of the past. It is no exaggeration to say that no republic has ever done well in Germany. Even now, the scars remain from the division of West Germany and East Germany and ugly memories still linger from World War II and probably always will so long as those who have made an industry out of exploitation by guilt remain unopposed. That is not to say, of course, that the past should be forgotten. Far from it. However, after World War II and the division of Germany, even after reunification, a great many Germans turned their back on their past, on virtually their entire history prior to 1918 and, as a result, have inadvertently allowed the era of Nazi domination to define them. This has had disastrous consequences on Germany and on the German people themselves. It has led to a guilt-ridden consciousness in which successive German governments feel the need to compensate everyone for misdeeds they themselves played no part in. It has led to the German people being forced to foot the bill for the free-spending and easy lifestyles of other countries (with damaging consequences) and has effectively robbed many Germans of a proper, patriotic national pride. It has also allowed governments to make some pretty terrible decisions, disastrous for the future of the German nation, but which are always forgiven. When the public has been conditioned to think only of Nazi Germany and the current Federal Republic, nothing the republic does could seem that bad. 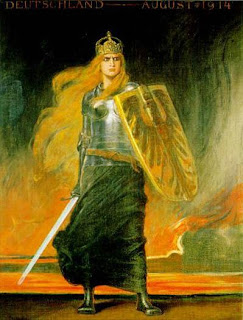 This denial of history has gone to such lengths that the former Kingdom of Prussia, not just a former state, not just a former country but the country which brought about the unification of Germany, was totally wiped from the map. Why was this done? Hitler and his Nazis did not spring from Prussia nor was Prussia any more or less involved in the actions of that era than any other state considering its size and importance. It was done because there was a conscious effort to erase German history prior to the Nazi era so that the people would only be given a choice that was really no choice at all: that terrible Nazi memory or this new federal republic that was under construction. If the people were to actually remember their history they might realize that it was the first united German republic which provided the vehicle by which Hitler and his Nazis came to power in the first place. Far from starting over fresh, the current republic was simply a resurrected, modified version of the inter-war republic that provided the framework for a truly evil minority to rise by intimidation, subterfuge and (yes) the democratic process to dominate Germany. By doing so they have locked the public imagination into a post-1945 mentality and encouraged the rest of the world to see only a negative image of Germany.

Germany today has no anchor and flounders culturally and politically while gaining very little respect in the world. By being frozen in time the rest of the world has been encouraged to see Germans the same way. Ask a foreigner to describe German culture or what comes to mind when they think of Germany and they will probably come up with beer, lederhosen and Nazis. In a political context, most view Germany as the nation that always pays the bills, that will be there to bail you out if you get too deeply in debt (thus eliminating any incentive to behave responsibly) and yet this has engendered no great love for Germany. Most people tend to have little affection for their banker. Germany has also become known as one of those nations that decries nationality. The country has become more and more multi-cultural in the sense that there are now huge African, Asian, Arab and Turkish populations in the country and yet it has become more mono-cultural as the rich distinctiveness of the states is lost. Some of the old states have been lost altogether and for those that remain their uniqueness has become less and less pronounced over time. It is quite sad and all the more so because it doesn’t have to be this way. 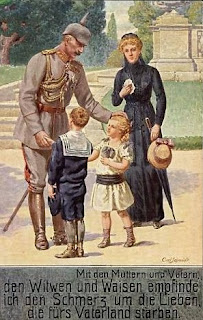 The history and the culture of the individual states was once alive in the persons of their royal families. Reigning at the top of this union was the German Kaiser, representing all Germans as well as the unique history of the Kingdom of Prussia. We are told, by those whose current claim to power rests on the overthrow of the old German royals, that to restore them in any form would be to return power to those guilty of fomenting the First World War. Like any good lie this has a grain of truth to it for Imperial Germany was certainly responsible for the horror that was World War One. However, they were no more responsible than any other great power on either side whether Austria-Hungary, Russia, France or Great Britain. None were innocent nor were any entirely guilty and it was an incontestable injustice that Germany alone was forced to shoulder the blame for a conflict almost every European power entered into with willingness, zeal and enthusiasm. What is more, the party most opposed to the monarchy and which would make up the new ruling class in the republic was just as enthusiastic as all the others in approving the decision to go to war. It is also an incontestable fact that Hitler could never have become dictator of Germany had the Kaiser and the subsidiary monarchs of Imperial Germany retained their positions.

Still, we are told over and over again that the monarchy represented the political culture which brought about the disastrous conflict, what is termed “Prussian militarism” which the enemies of the monarchy used to apply equal guilt to all the monarchies and later to justify the dissolution of Prussia altogether. However, a dispassionate look at the facts shows that the last German Kaiser was the least militaristic of almost all his contemporaries. From 1888 to 1914 Wilhelm II had never fought an actual war. To compare, in that same period of time, Great Britain had fought a war with Tibet over Sikkim, fought the shortest war in history against Zanzibar, fought a border war in northern India and the Second Boer War in South Africa. Consider also that during the reign of Wilhelm II the French Republic had a greater percentage of her population under arms than Germany did. Germany had the second largest navy in the world, second only to Great Britain, yet even then the British fleet was more than twice the size of that of Germany. The United States might have had an even more militaristic reputation. Again, from 1888 to 1914, the United States fought the Spanish-American War, the Philippine-American War, the Banana Wars, another rebellion in the Philippines and an armed intervention in Mexico. The German Empire was actually one of the most peaceful of world powers. 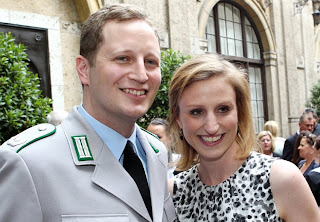 What the German Empire was known for was its unity, pride, progressive social welfare system, productive industries and great learning. The German language was the language of business and was learned in foreign countries more than any other language. The monarchy was a vital living link with the history of the German people that all Germans could look to with pride; a patriotic pride without guilt or shame. It was the royal houses that built the united Germany and it was their downfall that ushered in the darkest period in the entire history of the German people. The German nation which had thrown back invaders since the time of ancient Rome was reduced to utter ruin and humiliation. Only by the restoration of the German monarchies can the ugly ghosts of the last century be firmly put in their place. It is only in this way that, rather than constant efforts to reinvent Germany, that the true, natural and historic Germany can be fully restored to her people and the world. The ruins of Wiemar, Hitlerism and division are not and can never be proper foundations for a country. Germany has strong foundations, it only requires that the people rediscover them and restore them to their proper place.
Posted by MadMonarchist at 12:18 AM