The Case for Monarchy: Italy 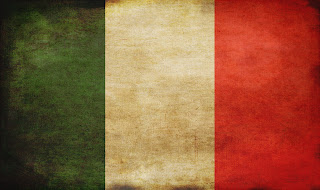 Today, the Italian Republic is in a terrible state. No one can deny that, though the political class will spend their time pointing the finger of blame at each other in order to save themselves. Perhaps though, looking back on the now 150 years of a united Italy, the people will instead look at the political class as a whole and the system itself which has brought Italy to this point. Politics in Italy has always been a rough business, from ancient Rome to the Renaissance states to modern Italy. However, in recent decades the situation has really gotten out of control. The situation has become so dire, some have even contemplated the potential dissolution of Italy as a nation, breaking up the country into several petty-republic. Usually, this involves blaming all current problems on events that took place centuries ago and which are, therefore, impossible to solve so everyone should just give up and go home in defeat. That might be seen as an easier path for some, but human experience has shown that the easy way is invariably the wrong way and even more harmful in the end. Taking an honest look at the current state of affairs, instituting reforms and, perhaps, correcting some of those past mistakes might not be easy but it just might save and restore the Italian nation. Some have said that Italy needs a “new Risorgimento” but, perhaps, Italy would be better served by simply re-learning the lessons of the Risorgimento she has already had? That was the creation of the Kingdom of Italy, which stands in stark contrast to one of the greatest mistakes of Italian history; the destruction of the monarchy. 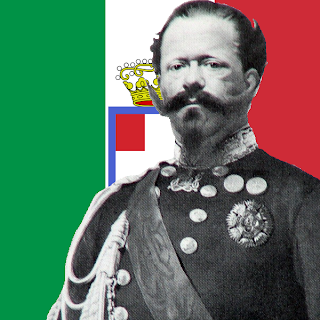 Italy was created as a monarchy. In 1861 it was not the Italian Republic that was declared, but the Kingdom of Italy. There were good reasons that this was the case. Italians from all walks of life and from vastly different political points of view came together to create the Kingdom of Italy because they agreed on certain points. Not many, it is true, but points that were vital; the unity, independence and great aspirations of the Italian people. They may have disagreed on absolutely every other detail but they did all agree that the people of Italy should be united, independent and strong and that the Kingdom of Italy, the monarchy, was the only viable framework to accomplish that. Republican politics invariably devolved into class warfare and divisive, partisan rancor that brought down the edifice that the revolutionaries were endeavoring to create. Even the revolutionary Francesco Crispi, old ally of Giuseppe Garibaldi, who led the Expedition of the Thousand alongside him and who had been an ardent republican, embraced the Kingdom of Italy and rejected the republican model because, as he told his former colleague Giuseppe Mazzini, “The monarchy unites us, the republic would divide us”. The Kingdom of Italy was the roof under which all Italians came together and it was the Kingdom of Italy that rose to be a regional power and a player on the world stage.

The late King Vittorio Emanuele III once said, in a time of political turmoil, “In Italy they are already speaking about a republic, but keep in mind that there is nothing less suited to Italians … The Italians are individualists and a republic will become the cause of confusion and disorder. Certainly of corruption. I have no doubt of it. When all this comes to pass who will profit from it?” Surely today the Italian people can appreciate what true and prophetic words these were. And, surely Italians today can give an answer to their late king as to “who will profit from it”; the answer is the politicians who make up the ruling class, who have turned the government of Italy into a scheme for their own enrichment rather than the administration of the country. They have made themselves an immense fortune at the expense of their people and their country, setting Italians against each other, engaging in bribery on a national scale and selling out the national interests and even the national sovereignty of Italy all in order to benefit themselves and the ruling politician-class to which they aspire to belong. They have no real connection to the Italian nation at all. They do not see individuals, as the late King did, but simply a mass of people to be manipulated, used and exploited. 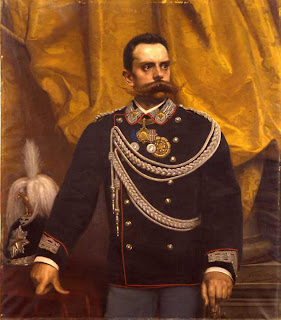 This stands in stark contrast to the Kings of Italy who were, one after the other, devoted to the pursuit of Italian greatness above all. They did so for the honor of their country, which would be the glory of the dynasty as well. This is one of the great benefits of the monarchial system. Politicians gain fame by gaining victories for themselves whereas monarchs take a much broader view, considering the judgment of posterity and gain fame when the country succeeds, when the country becomes greater, more respected and more prosperous. Naturally, some projects worked out better than others but the simple fact is that the Kings of Italy were always looking for a way to advance the national cause, to make Italy a greater country whereas, in the era of the republic, the political leadership only seeks to advance the cause of their own party and to make themselves greater even if it means the ruination of the country in the long run. Italy is in a dire position today and at a pivotal crossroads in the history of the Italian nation. The country is mired in debt, overrun with corrupt politicians who have made the government in Rome a joke, ruled by a bunch of un-elected appointees of the European Union, social cohesion is breaking down, there are fewer and fewer Italians in Italy and those who remain squabble over what it means to be Italian.

What would the great figures from the history of the Italian peninsula, of the Latin race, say if they could see Italy today? How would they react to the offspring of the people who built Western Civilization, who ruled and advanced the prosperity of an empire stretching from the Pillars of Hercules to the Euphrates and Hadrian’s Wall in Britain to the cataracts in Egypt being reduced to a divided state indebted to others and ruled by an elite clique appointed from beyond her borders? The Italian Republic has proven itself a failure. It was, due to the republican plebiscite, built on fraud and injustice from the start and has failed in even its most basic duty to preserve and protect the sovereignty and independence of the Italian nation, to say nothing of allowing the Italian people to reach their greatest potential. Italians, 150 years ago, came together, united by the monarchy, to build a great nation. There is no reason they cannot do so again. It was the safeguard that the royal institution provided which prevented extremism from fracturing the country and brought the majority of both sides of the political spectrum together, on the path of moderation, to pursue the national aspirations of the Italian people. 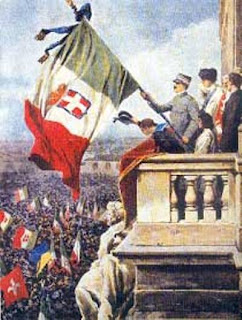 The lesson of history could not be more clear. From 1861 until the monarchy was sidelined by political forces, Italy was growing in strength at home and prestige abroad. Since the republic came to power the country has known only renunciation and decline. The Kingdom of Italy inspired and encouraged Italians to think the best of themselves and to aspire to better themselves; to be worthy of the great civilizations that had gone before them. The republican governments encourage Italians to belittle their country, apologize for any success and generally feel ashamed of themselves. Is it any wonder that when a people are taught to think in such a way that the country falls into decline? If great deeds are to be mocked or apologized for, who would ever aspire to greatness? If the only representatives of the nation are partisan political figures, who can inspire all people of every section of society to put their country first and strive for success? Someone outside of politics is needed for that, a national figure who can represent the interests of the nation as a whole, the historic legacy of the nation and who can rally the people to live up to that legacy. For the modern, united Italy, there is simply no denying that no family can do that other than the Royal House of Savoy. They have been with modern Italy at every step of her history. Their story is the Italian story and until Italy restores the monarchy it will remain a nation in denial.
Posted by MadMonarchist at 12:19 AM