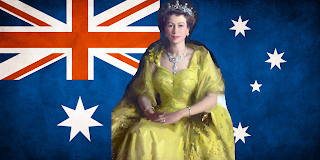 Today the “Land Down Under” celebrates “Australia Day” to commemorate the day in 1788 when a landing party from a British fleet came ashore and formally claimed the coast of what was then called New Holland in the name of HM King George III; the official beginning of the history of the modern-day Commonwealth of Australia. Since that time centuries ago, Australia has grown into one of the most successful, prosperous and popular constitutional monarchies in the world. No other country occupies an entire continent all on its own and Australia and the unique Australian culture is now famous all around the world. In the glory days of the British Empire, Australia was one of the cornerstones of the English-speaking world. When the place of the British Empire in the world was threatened, hard-hitting troops from Australia brought a world of hurt to the Central Powers, particularly the Ottoman Turks as seen with the tough Diggers who stormed the beaches of Gallipoli and the hard riding Australian cavalry who charged across the sands of Palestine. Again, in World War II, Australians showed just as much tenacity on defense when they held off the seemingly unbeatable Axis forces of Rommel at Tobruk. Also in World War II, Australia provided a crucial staging ground for the Allied counter-offensive against the previously ever-victorious forces of Imperial Japan. When the chips were down for the Anglo-sphere it was often the Australians who arrived to save the day. 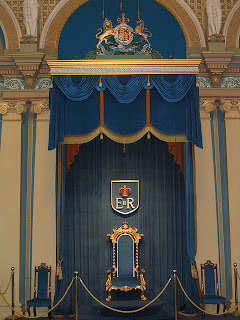 Traditionally, Australians were known for their staunch loyalty to their country and their Sovereign. Australians have a reputation for being independent, rugged individualists who make their home on a continent known to many in the outside world for its giant lizards and poisonous snakes as well as more friendly, furry creatures. The rugged, resourceful Australian with a big knife and a smile who is most comfortable outdoors may be a bit of a stereotype, but like most stereotypes it exists for a reason. Australians had to overcome many, many difficulties to build the country and, again traditionally, this gave them a great sense of community, an appreciation of what is important and a very pragmatic but also fun-loving nature. It also gave them a great deal of respect for what their ancestors had overcome and accomplished and a desire to preserve the same ideals and values that were important to those who had gone before them. Today, like everywhere else, many if not most of these ideals and values are under attack. Things which every Australian would have once considered sacrosanct are coming under attack. That includes the Queen, the national flag and even Australia Day itself for that matter. This is rather incredible considering that it was not so very long ago that Australians could be divided into two groups; monarchists and ultra-monarchists. Today, however, there is a seemingly endless campaign by republicans and the biased, bought-and-paid-for news media to tear down everything that once defined Australia. 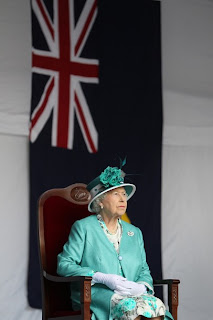 I have probably said before how incomprehensible this attitude is to me. Where I live, anyone who would even suggest that we change our flag would be run out of town on a rail (and I mean the Lone Star, not the Stars & Stripes which we did trade in once for something different). Things like the national day, the national flag and for most countries the monarch are part of the most basic set of things that make you who you are. They reflect the history, the culture and the common values of a people, where you came from and what you’re all about. I have stated before that I consider any Australian republican a traitor, pure and simple. Fortunately for them the local authorities take a different view but this will not change mine. So far there has not been much stomach for changing the date of Australia Day but there are some who want to do it. The disturbing thing is that these people never seem to go away. No matter how many times the republicans lose they, and their allies in the bought-and-paid-for media, refuse to take “no” for an answer. How very democratic of them. They want a republic, Australians were given a referendum and they voted to keep the monarchy. The republicans then said that was the wrong answer and have been planning another vote ever since. Of course, they keep getting stomped on by waves of support for the monarchy surrounding key events, royal visits and royal weddings and the like, so they may try to take a more insidious approach next time; who knows? 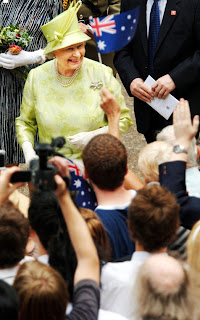 Although I have never been there, I have always been very fond of Australia. The history and culture there reminds me a good deal of my own homeland. It has often seemed to me that if the British Commonwealth were the United States, Australia would be Texas. Fond as I am of Australia, I don’t want Australia to become something else. Because that is exactly what would happen if the current crop of republicans had their way. Scrap the Queen of Australia for a President, scrap the Commonwealth of Australia for the Australian Republic, scrap the flag for a new design and scrap the national day in favor of something else and what you really have is a completely different country with no history. Like a tree without roots, a country without a past will be in for a pretty sorry future. Doing that would be a betrayal, not only of the Queen of Australia (God Save Her) but of everything all the previous generations of Australians fought, worked and died for from the western front to Southeast Asia. One of the most distinct, admirable and glorious parts of the world would be lost forever. 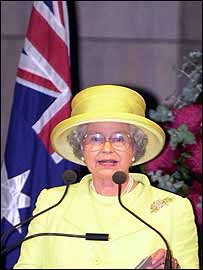 Of course, this does not mean that there is nothing in Australia that needs changing. There are plenty of problems. However, the problems Australia does have are invariably the result of drifting away from the constitution, certainly not from being too faithful to it. The great benefit of the Australian monarchy is often lost because the Queen, or her representatives, are not allowed to make full use of their constitutional powers. In practice the powers of the Crown are often exercised by politicians and this takes away from the benefit of having an impartial, non-political sovereign to make sure everyone is playing by the same rules and nothing underhanded is being done. Things would be better if the choice of Governor-General and the use of the powers of the Crown were actually exercised by the Queen or her representative as is supposed to happen. However, over the years, the politicians have co-opted the powers of the Crown in many ways and this has meant that sometimes there is no impartial person in the engine car to apply the brakes when things get out of hand. The republicans, who represent the politician-class, have caused most of the problems in Australia by failing to follow the rules of the constitutional monarchy and yet rather than going back and following the rules, their response is to call for even more of the same, throwing out all the rules and basically letting the politicians write their own rule book. Hardly seems fair does it? 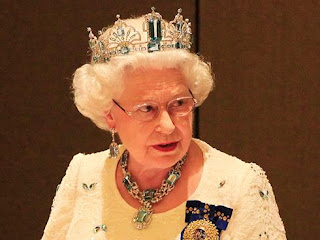 Thankfully, so far, the Aussies have managed to see through this and favor keeping the system of constitutional monarchy they have. That’s a good thing but it needs to be more than just apathy toward change, it needs to be a real understanding of the Australian government and a desire to change in the right way; putting the politicians in their place and letting the Sovereign of Australia see that they stay there and stop trying to usurp power for their own ends. The original system made Australia a success, getting away from it has only caused problems and there was nothing wrong with the old, traditional Australia of past generations. So, keep it royal in the land Down Under and a very happy Australia Day to everyone in the land of OZ from The Mad Monarchist!
Posted by MadMonarchist at 12:21 AM