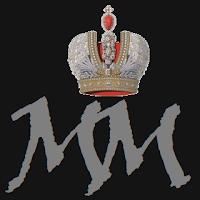 Recently I got a particularly long comment (which I did not post due to excessive foul language) regarding my post on Jamaica and the monarchy of last November (obviously not the most timely commentator) and although I shrugged it off at the time as yet another incoherent bit of hatred from someone who is obviously not a regular reader but a troll looking trouble. However, the accusation is one which I see frequently made on news articles dealing with the monarchy in Jamaica and even in articles dealing with the monarchy in places such as Canada, Australia and elsewhere. That accusation is “racism”. It is old, it is tired, it has been overused to the point of being an epithet devoid of meaning and is a sure sign that one is winning an argument with a leftist. However, the ugliness and injustice of it never fails to infuriate me. It is such a grossly dishonest and despicable accusation to make that my temper threatens to get the better of me. Nothing could be further from the truth in saying that the monarchy is racist and it burns me to the core that the Queen is not given her due credit for being one of the most adamant (and effective) crusaders against racism in modern times nor is the fact often recognized that the Queen has, as it turned out, sacrificed vast domains because of her refusal to abide racism.

Wherever one sides on the divisive racial issues of the era that encompassed the period of the dissolution of the British Empire, the fact remains, though it is seldom spoken, that in numerous countries across Africa, especially the major regional powers of Rhodesia and South Africa, republicanism was embraced because the Queen refused to abide the continued rule of White minorities over Black majorities. The monarchy refused to allow that state of affairs to continue, the White governments in power saw the monarchy as taking the side of the Black majority and so they broke away from the monarchy and became republics. This was no surprise, plenty of people at the time could see that this was going to happen and yet the monarchy basically looked at the people who were in charge in these countries, considered them racist and effectively said, ‘if you’re going on that way, we don’t want you anyway’. If the monarchy was such a racist institution they certainly would have taken the side of the local governments and so kept the reign of the Crown over those countries for decades into the future. But, that did not happen, the monarchy firmly stood against racism and lost more than one Commonwealth realm because of it. Yet, today, where is the appreciation for this?

In 1999, when the divisiveness of Australian government recognition of the aboriginal population was still a very hot-button issue, Queen Elizabeth II invited a delegation of aborigine leaders to a meeting at Buckingham Palace to come to a better understanding of their situation and their goals. It undoubtedly upset some people and a great many people said it would never happen, that the Queen would never receive such a delegation and yet she did, not only receiving them but taking the initiative of inviting them in the first place. And the important thing to realize is that this is nothing new, nothing out of the ordinary and is simply the continuation of a long history of respect for native peoples on the part of the British monarchy. When Pocahontas came to England she was invited to Whitehall where she was given the full royal treatment with King James I treating her with such warmth and informality she had to be told after the fact that the man she had been talking to was the King of England, Scotland and Ireland. Mohawk chief Joseph Brant was very cordially received by King George III in 1775.

This was the same King George III who boycotted sugar in all his royal residences when he was told about the conditions of the slaves on the sugar plantations and it was this same King George III who granted freedom to all slaves who managed to flee their masters in the American colonies and enlist in the service of the Crown. He was also the King who signed into law the final abolition of the slave trade in 1807. Slavery was abolished completely in the British Empire under Queen Victoria and the Queen left no doubt as to her own opinions on the subject. She met with escaped slaves, anti-slavery activists and expressed her support for abolition. There was, at the time, absolutely no doubt about this even though they were many powerful people in the country who strongly supported the institution. That did not matter to the very high-minded Queen Victoria who viewed slavery as a wicked and uncivilized practice and was extremely pleased to put her name to the law banning it forever. When slavery was becoming an ever more controversial issue in the United States, Queen Victoria made it clear that it would not be tolerated on British soil and that any escaped slave who reached Canada would never have to fear being returned south. Many anti-slavery activists were effusive in their praise of the Queen for the great support she showed their cause. 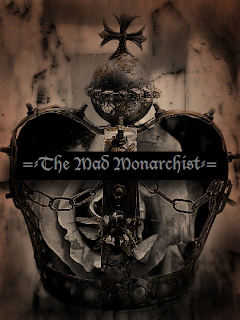 There is simply no justification for any sort of accusations that the monarchy is racist. It is outrageous that so many people are allowed to get away with making that a casual accusation without ever being stopped and challenged about it. There is absolutely nothing racist about monarchy in general, certainly nothing racist about the British monarchy and I will state unequivocally that no member of the British Royal Family has a racist bone in their body. Yes, that includes Prince Philip and I am sick and tired of people taking one or two remarks, always told in a friendly and joking manner, and stretching them out of all recognition to construe something racist on his part. It is slanderous, it is outrageous and it is absolutely dishonest. The monarchy has been a champion against racism for hundreds of years and far from being ridiculed and attacked they should be recognized and thanked for that long tradition. Any time anyone hears the monarchy, the Queen or any royal being accused of racism they should not let the comment go unchallenged. It is a vicious lie and must be exposed as such immediately at every opportunity. I am not so much surprised or even angered by those who most often make the accusation but I am positively enraged by the media people that let them get away with it without even challenging them to back up such a baseless claim. I am sick of it, I am tired of it and I am … The Mad Monarchist.
Posted by MadMonarchist at 12:13 AM