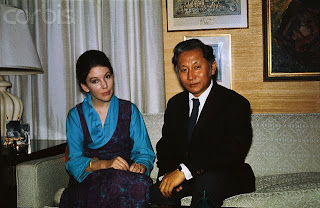 I hope to get more into this subject in the future (it has been on my 'to do' list for a while) but in the meantime the Radical Royalist has provided some valuable information on the seemingly forgotten Kingdom of Sikkim, an independent monarchy absorbed by the Republic of India. Read about the 85th birthday of the last king (with a great deal of historical information in general about the lost kingdom) and "For Goodness Sake, He's the King".
Posted by MadMonarchist at 3:16 AM