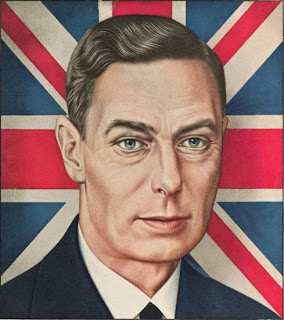 HM King George VI, Britain's last King-Emperor, has always been one of my favorites and about as long as I can remember, when I pictured "a king" in my mind it was George VI that I saw. Royal World has a review of the new film on the Queen's late father, "The King's Speech" which is well worth a look. In terms of filmmaking I think my favorite touch was the use of exceptionally large and rather imposing antique microphones in the movie, making the viewer aware, in this way, of how intimidating George VI found these instruments.
Posted by MadMonarchist at 12:23 AM