How many people have heard the argument that it makes absolutely no sense to have an inherited head of state with no other qualifications for the job? (okay put your hands down) Now, how many of you have heard that Governor Sarah Palin is a brainless bimbo who shouldn’t be allowed anywhere near the White House? (okay put your hands down. Both of them.) Neither of those are uncommon arguments to make. However, what really chaps my hide is when the same person makes both arguments, sometimes in the very same conversation. On the one hand they say that granting authority (even merely symbolic authority these days) to someone just because their father or mother held that position is utterly absurd and at the same time argue against allowing a common person with middle class origins who graduated from a lowly state university to hold public office as well.

After all, they say, (and they do say a lot don’t they) you wouldn’t want your next door neighbor performing your brain operation and you wouldn’t want someone to fly your plane just because his father had been a pilot. So they don’t want the elite aristocracy in power nor do they want someone from the lowly unwashed masses to hold power either. Of course this all deals with the root subject of qualification. Neither of these groups, in their mind, are qualified in the way that the elite, professional political class is. What makes this attitude all the more abhorrent to me is that anyone with the sense God gave geese ought to be able to see the state the professional political class have delivered us into these days, but, alas, it seems to be an attitude we must confront. So, we will start with the premise that only those of the political class have the necessary “qualifications” to sit in government. 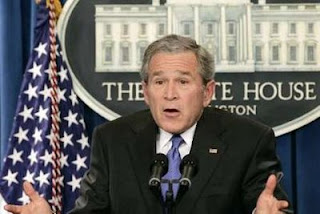 First, as stated, the most glaring proof of the absurdity of this notion is the state of the world today. Nor are their examples even consistent. Most will remember the political arguments of the U.S. presidential race between Senator John Kerry and President George W. Bush. We were all told that John Kerry was a very educated and infinitely more intelligent man while George W. Bush was a dim-witted simpleton who could barely string together a coherent sentence. Of course the problem with this is that Kerry and Bush both graduated from the same elite, ivy league university. Therefore, either Bush was not the idiot everyone took him for or else graduating from Yale or Harvard is not a guarantee of great intelligence. As luck would have it both also came from political families. Kerry’s father was a U.S. diplomat, Bush’s father was of course President, but I’m sure that had no influence at all. For that matter, in the previous presidential election Bush faced Vice President Al Gore, a Harvard graduate and former Senator whose father had also been a Senator, but again, I’m sure that had nothing to do with it.

So, as far as “qualifications” go, what was so different about Al Gore, who has won a Grammy, a Nobel Prize, an Emmy and an Oscar and George W. Bush who had shoes thrown at him? Well, perhaps we should be kind and say that their political positions and policies set them so far apart. Well, those advocating democratic republics as great meritocracies would find a few holes in 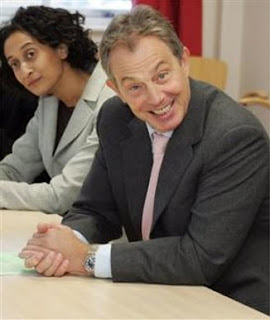 that argument as well. Consider the recent political past of the United Kingdom. Tony Blair was upheld as the brilliant young ‘golden boy’ of the Labour Party. He is still widely celebrated and thought of as a potential “President of Europe”. Yet, his successor, the justly reviled Gordon Brown, is thought of as a rank incompetent who presided over near economic collapse in Great Britain. The unpleasant fact that British liberals and those who would dare consider David “Call me Dave” Cameron a conservative do not want to face is that the seeds of economic disaster did not start neatly with Gordon Brown as though the ten years of the Blair government had nothing at all to do with it. There is also the case of the outgoing President of Brazil, Lula de Silva, who is widely praised around the world for presiding over an economic boom and yet this man had no higher education at all and indeed did not even learn to read until he was 10 years old. Surely the very least that can be determined from all of this is that an ivy league degree is no assurance of political or economic competence. Looking at what the young geniuses in politics around the world have accomplished I think most would find their record sorely wanting.

So what is the royal alternative? Contrary to what most people think (or at least they repeat it in their republican mantra even if the don’t actually believe it) royals by and large do not live a sheltered life of indulgence. They have many privileges to be sure but they also have a great many restrictions that no one else would tolerate. There is no doubt about what they will be when they grow up. An heir to the throne knows their entire life what their future will be and almost from the day they are born they are trained to fulfill that function. Royal heirs around the world generally have the same basic framework of training. They go to the best schools to study economics and political science, they usually take time to gain ‘real world’ experience and they usually train with the armed forces of their country all to prepare them for the various hats they will have to wear as a reigning monarch. Aside from the formal training they also grow up watching their mother or father do the job, setting an example for them. They live and breath it every day from the time they are born. 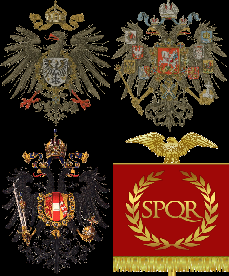 Of course, some might ask about royals prior to the time they became hostages to public opinion. Okay, what about the royals prior to World War I? I challenge anyone to look at the upbringing of the children of the last Tsar or the childhood of Kaiser Wilhelm II and say honestly that they had it easy. If parents today treated their offspring in similar fashion to those royal families they would surely be arrested for child abuse. In those days they had a very strict upbringing which is not exactly the case today but they still have to deal without the political and civil rights everyone else in the western world can enjoy and they are taught how to handle the job they will one day inherit. So, the real question should be; would you rather be operated on by someone trained from birth in the field of surgery or someone voted Miss Congeniality at school? There are no guarantees in politics as in life but the odds are greatly in favor of one trained from birth being able to do the job required of them than the odds would be that 51% of the public will choose the best candidate based solely on their ability to do the job rather than being able to talk a good game, have lots of money for advertising and telling the people what they want to hear rather than what will be to the benefit of the country.
Posted by MadMonarchist at 12:13 AM