No Servants for Wills 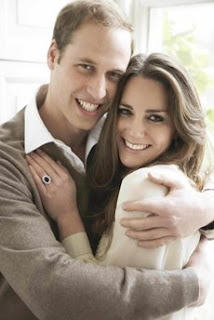 This story might get buried but I could not resist commenting on it because, as is not uncommon, my reaction seems to be very much the opposite of the majority. It recently made the news even in America that Prince William and his bride-to-be Kate Middleton will not be having servants in their little cottage of wedded bliss. Of course everyone they talked to on the street (and there’s nothing like the split-second opinions of the un-informed) thought it was a great idea that really sent the right message in these hard economic times. I, of course, thought it was a terrible idea. First, let me say at the outset that Prince William can do as he pleases and I am adamantly in favor of that. However, when I first heard the story I was skeptical and speculated that this may not be exactly “true” and was simply done as a public relations tactic. Perhaps at one little residence they would have no servants but overall no such prestigious royal couple could be without them -otherwise they would have no time to do anything other than keep house.

I also don’t like the idea of making any royal couple ‘more common’ if you get my meaning. I don’t want these gestures of humility to become fashionable. The Prince of Wales already had me somewhat worried on this front and Prince William is making me start to as well with the smaller, scaled-down wedding and the ‘no servants’ announcement. I don’t want royals to get caught up in a ‘race to the bottom’ to see who can appear the least royal. Aside from my problem with this attitude itself, I also oppose it because it is nearly impossible to reverse. An excellent example that I frequently go back to is when Pope Paul VI surrendered his papal tiara at the end of the Second Vatican Council as a way to symbolize the renunciation of earthly glory and a new spirit of humility for the papacy. That may sound all well and good but it has meant that, though possible, no pope since has had a coronation or worn a tiara. And who could blame them? After making such a display of renouncing it in the name of humility any pope that tried to restore it would be seen as vain or even arrogant. In the same way, any time a royal gives up a lavish wedding, coronation or some traditional show of reverence for the Crown it makes it all the harder for some future royal to do it the old fashioned way because they will not be seen as wanting a return to normalcy but rather would be seen as saying, “I want more” or “mine has to be better than that” -either way they don’t look good.

Finally, on the servant issue, it makes no sense to me specifically because of the economic hard times in the UK. After all, despite the obvious success of the class warfare mentality, servants at the royal palaces are not poor, put upon slaves or something. They are employees who receive a decent salary for their services as they would anywhere else. Why should the public react positively to the idea that the royals will not be providing as much employment as they otherwise might when so many people in Britain today do not have jobs? People seem to forget (or are often purposely encouraged to ignore) the fact that royals and aristocrats with their grand homes and large estates must employ a great many people to maintain these properties. If the people made sense they would cheer the royals hiring even more servants, giving more people jobs and putting more money back into the economy. That, of course, will not happen and I fear it is because that what is really behind this “no servants” announcement is a public relations effort trying to win over a public that is increasingly falling prey to the class warfare mentality, full of contempt for status, success and for anyone more fortunate than themselves. It is a mentality that does not bode well for the monarchy nor for any great civilization at all.
Posted by MadMonarchist at 12:08 AM