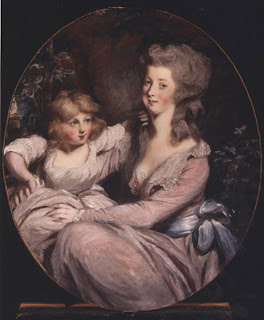 Peggy Shippen was the woman behind one of the most infamous names in American history. She was also a Tory girl, staunchly loyal to King and country. She was born Margaret “Peggy” Shippen on July 11, 1760 to Edward Shippen IV and Margaret Francis Shippen, a well-to-do Philadelphia family. Members of the Shippen clan had long been prominent in Pennsylvania history. One was the mayor and founder of the town of Shippensburg and Edward Shippen had served as a judge and a member of the Pennsylvania Provincial Council. As two younger brothers did not long survive little Peggy was the baby of the family and properly fussed over as such. Early in life she was noted for her outgoing nature, strong convictions and striking beauty. Her father, whom she idolized, was a staunch loyalist and ensured that even his baby girl was well informed on the politics of colonial America and was left with no doubt that those loyal to King George were the ‘good guys’. She enjoyed the typical pastimes of women in those days and even her political awareness was not so unusual as many today might think.

The outbreak of the Revolutionary War was seen as a tragedy in the Shippen house and they had to be careful to avoid drawing the attentions of the “patriot” party at a time when many Tories were persecuted for their loyalty. However, it was a cause for celebration when the British army occupied Philadelphia in 1777 and, full of confidence in the British war effort, Edward Shippen was quick to open his home to the King’s officers. High profile loyalists, Crown officials and military officers were a common feature in the parties held by the Shippen family and the lovely young Peggy was much sought after. With no shortage of gentlemen callers, Peggy was selective in who she paid attention to and soon there seemed to be a romance developing between her and a particularly dashing and well regarded officer named Major John Andre, an aide on staff of General Sir William Howe. Even though a full match did not have time to grow out of this the two remained very close from that time on. Peggy Shippen, like all local loyalists, was very sad to see the British army pull out of Philadelphia in June of 1778. 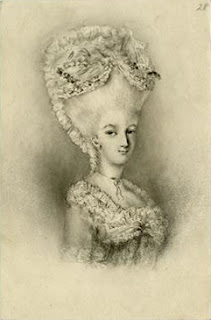 There was, then, a real danger that the Shippen family would suffer from the retaliation of the patriot forces who resumed control of the city and for a time they moved to the country. However, in spite of a law mandating the arrest of any loyalists Edward Shippen took his family back to Philadelphia when the countryside proved too dangerous with the battles raging around them. Edward Shippen tried to protect his family by being cordial with the new masters of the city, though his opinions were well known, his home remained a high society meeting place and guests included revolutionary officials and generals. It was on such an occasion that Peggy Shippen met the widowed revolutionary hero General Benedict Arnold. He had been the driving force behind the victorious Saratoga campaign and the near conquest of Canada. However, Arnold had been unappreciated by the political leadership and posted to command the garrison at Philadelphia. Arnold was immediately taken with the vivacious young Tory, known as one of the most beautiful girls in Philadelphia and despite their deep political differences the two were soon known to be an item.

Edward Shippen, and probably many other loyalists, were less than impressed when Peggy set her hat for Arnold. However, Peggy had lost none of her convictions even when she married Arnold on April 8, 1779. He was 38 and she was only 18 but despite her young age she was a force to be reckoned with and early on began working on her husband to bring him over to the loyalist position. Even before their first meeting Arnold had been rather disgusted with the leadership of the revolution and was greatly outraged by the very idea that the fledgling United States would even consider making an alliance with the Catholic absolute monarchy of France. Peggy did nothing to discourage these feelings in her husband and reminded him often how the revolutionary cause was not worthy of him. He had proven himself to be one of the most successful generals in the Continental Army and yet they did not appreciate him, others took credit for his victories and the government harassed him. She assured him that the British did not treat their best generals in such a fashion and Arnold would be better off on the other side. At first Arnold was outraged by such talk but over time Peggy wore him down.

Peggy was also still in touch with Major John Andre who was then working as the spymaster for General Sir Henry Clinton (Howe’s successor as commander of the British forces in North America). She also introduced Arnold to other friends who were all of the loyalist persuasion. Soon the home of one of the most famous revolutionary generals was a regular meeting place for King and Country loyalists. She introduced her husband to her former beau Andre and the two began corresponding. Arnold was finally won over to the Crown position and offered his services, and the fortress at West Point, to the British army; for a price of course. Since that time there have been allegations that Peggy was ultimately responsible for the change of heart of her husband, allegations which her family denied. However, few could argue that her deeply held loyalists convictions could not have influenced her husband at all. We also know that Peggy was involved herself in the exchange of letters between Arnold and Andre over his defection and the disposal of West Point. 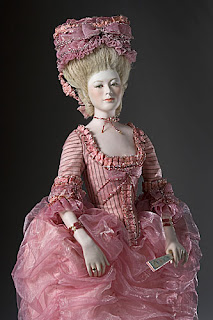 When the intentions of Arnold were prematurely discovered Peggy Arnold showed herself to be quite an actress, putting on such a show of feigned shock, outrage and hysteria that George Washington was convinced she had nothing to do with it. Given her background it must have taken quite a performance to accomplish that even in the short-term. Arnold having escaped to the British, Peggy tried to take refuge with her family in Philadelphia but was not allowed in the city. Instead she went to the loyalist stronghold of New York City (held by the British for most of the war) where she joined her husband and where their second child was born (their first being born during their stay at West Point). Peggy remained the strong supporter of her husband that she had always been during his career as a general in the British army and it was not until December 15, 1781 that they left America for London after the surrender of Lord Cornwallis at Yorktown.

Originally Benedict and Peggy Arnold were warmly welcomed by the British and Peggy was even introduced to the Queen by Lady Amherst. However, the glamorous future Arnold had expected did not come to be and Peggy was soon on her own in London while her husband tried to get back into the shipping business in Canada. More children were born, the couple would have five in all, and in 1789 Peggy returned to America to visit her parents but even though her father remained a powerful and well-connected figure in Philadelphia she was thoroughly vilified by the public and treated with great disdain. Growing concerned for her safety, she met her husband in Canada where, even there, mobs accused them of “treason” before the couple returned to England. Even though Arnold had fathered an illegitimate child while in Canada, Peggy remained an ever-faithful and devoted wife and a defender of the legacy of her husband. When he died she was forced to sell their estate to pay his considerable debts and she spent the rest of her life rather ignored by society and living a life far from what she had dreamed of. She died at age 43 of cancer in 1804 and was buried alongside her husband at St Mary’s in London.
Posted by MadMonarchist at 12:16 AM