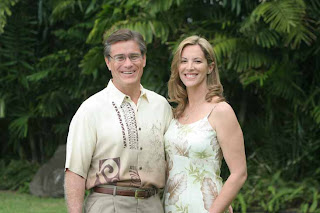 The United States of America is home to a number of leaders of the traditional variety, but none ever achieved the status of an independent, internationally recognized kingdom like the state of Hawaii did. Hawaii is unique in that regard, being the only state in the union that was an independent monarchy prior to admission and thus it is the only state that is home to an official royal palace that once housed a royal family. It is not then surprising that the (generally recognized) heir to the Hawaiian throne is unique among royal pretenders. The native Hawaiian community (actually a tiny minority on the islands these days) recognize him as royalty but, rest assured unionists, he makes no claim to his rightful throne nor does he push for the secession of Hawaii and restoration of the monarchy.

The would-be King of Hawaii was born Quentin Kuhio Kawananakoa on September 28, 1961 in San Francisco, California to Prince Edward A. Kawananakoa and Carolyn Willison Kawananakoa. His great-grandfather was the successor of the last Queen of Hawaii as head of the royal family, though the status of Prince Quentin is contested by his ninth cousin twice removed, Prince Kalokuokamaile III from a much older branch of the family. Prince Quentin grew up with his parents in Honolulu where he was educated before attending the University of Southern California. After graduation he returned to Hawaii to go to the William S. Richardson School of Law from which he graduated and worked with a local law firm in O’ahu until 2000.

In 1994 he entered the political arena in Hawaii running as a member of the Republican Party for the office of state representative. His platform was pretty standard for the GOP, capitalism, free enterprise, low taxes and the like. He won the election and served in the Hawaii State House of Representatives until 1998, becoming a leading figure in the Republican Party of Hawaii. A year after taking office he married Elizabeth Broun of Barbados and in the years that followed the couple have had two children, both sons, Kincaid and Riley.

On July 29, 1997 Prince Quentin became head of the Hawaiian royal family, despite having two older brothers. The firstborn, Prince Edward, was extremely handicapped and so was excluded from the succession by his father and the second son, Prince David, renounced his rights in favor of his younger brother Quentin who took his place upon the death of their father. His political star continued to rise and he decided to run for Congress but retired from politics for a time after a health scare. For the next eight years he recovered and kept a low profile before announcing his return to politics by challenging Congressman Ed Case for his seat in the U.S. Congress in April of 2006. However, during the Republican Party primary Prince Quentin was defeated by State Senator Robert Hogue by a slim margin. Hogue himself went on to be defeated by the Democrat Party candidate Mazie Hirono (Hawaii being generally a very liberal state).

In 2008 Prince Quentin tried to get his old job back and ran for the State House of Representatives again but lost to the Democrat Chris Kalani Lee. Prince Quentin attends numerous native Hawaiian festivities during the year, sits on a number of significant boards and committees and the like. He also oversees the extensive properties of the late James Campbell (an American industrialist who married into the native Hawaiian nobility).
Posted by MadMonarchist at 12:08 AM