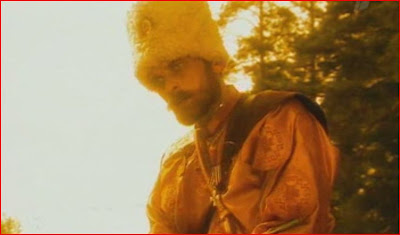 As many of you probably already know, many of the peoples of Asia took a rather cosmic view of their monarchies. Be it the god-kings of Thailand, the sons of Heaven in China, the living Buddhas of Tibet or Mongolia or the children of the sun goddess in Japan, the people believed that their was a great religious significance attached to their monarchs. They represented their people on the spiritual as well as political front. Things were different of course in the west, but probably not as completely different as many might think. Going back to the roots of Judeo-Christian religion I Samuel, chapter 10, quotes the prophet as saying to Saul, “Has not God anointed you prince over His people Israel? You are the man who must rule God’s people and who must save them from the power of the enemies surrounding them”. The monarch was to be a public servant in a more practical sense, but responsible to God for those entrusted to his rule.

When God anointed the kings of ancient Israel He made the monarchy a sacred institution, one in which the monarch, regardless of character, was sacred and inviolable. This was an integral part of the overall “plan” as is made clear by the ‘Davidic Covenant’ in which God promised King David that He would preserve his offspring to rule. If they were wicked, God said, “I will punish him with the rod such as men use, with strokes such as mankind gives. Yet I will not withdraw my favor from him, as I withdrew it from your predecessor. Your house and your sovereignty will always stand secure before me and your throne be established forever (II Samuel 7:14-16)”. Later, in the Christian era, the Emperors of Rome were still upheld by the Christians who said to their fellow Romans that, quite apart from being traitors, they honored the Emperor more than the pagans did, confident in their faith that it was by their God that the Emperors ruled.

In the Middle Ages the coronation of a monarch was often referred to as the “eighth sacrament” because of the religious significance associated with the Christian monarch. This was certainly greatly emphasized in the Eastern Orthodox countries, it was shown in the Latin West through the numerous unique titles the Popes conferred on monarchs and in Protestant countries, most especially early on, it was noted that divine commands to obedience to kings was Biblical and could be scripturally proven. Yet, despite this wealth of history to draw upon, society has forgotten it all. The decline in reverence, spiritual awareness, the rise in depravity, atheism and the downfall of monarchies and declining Church attendance all goes hand in hand and cannot be separated from each other.

Whether godlessness causes revolution or revolution causes godlessness is not finally the point. The point is that they go hand-in-hand. Today republicanism is dominant and most monarchies that remain, certainly in the western world, are held hostage by the political elite and reduced to symbolic status. As the author C.S. Lewis said, “These are the men whose tap-root in Eden has been cut…” and they seek something, anything, which might fill the void left by the way revolution has chained their souls. In the end they are never satisfied in their search for the political formula that brings about a utopian society. For revolutionaries are actually the most naïve politicians whereas traditional monarchists are, surprisingly enough, the most practical and realistic. To prove this one needs only look at the contrast between the Congress of Vienna and the Versailles Conference. Traditional conservatives took into account existing realities, respect for legitimate authority and established a peace that endured. The liberal republicans at Versailles discounted reality, clung only to their own emotions and ideological prejudices and the result was a strained peace that lasted barely twenty years.

Revolution is the fruit of godlessness and secular republics are their temples. It all relates back to trusting divine judgment rather than our own. Amy legitimate ruler must be chosen or at least endorsed by a higher power than mere popular whim. The word “republic” is never mentioned in the Bible, nor is the word “democracy” but in Hosea 8:4 the people are reprimanded by God who says, “They have set up kings, but not with my consent, and appointed princes, but without my knowledge”. That certainly sounds like republicanism to me and the terrible results predicted by that ancient prophet are seen commonly around the world today. Later in that same chapter, relating to how Israel brought down the wrath of God whenever they tried to replace the legitimate king with a more ‘popular’ choice, the warning is given that, “I am going to disperse them this minute; that will soon put a stop to their anointing kings and leaders”.

We have done exactly this, setting up our own rulers, without God, though rather than call them kings we call them “presidents”, “prime ministers” or “secretary generals”. To return to the east, where we began, the teacher Confucius also spoke of how, in his time, usurpers were strutting in the halls of power, and surely this has happened as well where even the teachings of Confucius are corrupted from an advocacy of filial piety to simple subservience to the ruling communist party. In the same way in the west the teachings of Christ are corrupted to encourage acceptance of the political status quo and every novel perversity that comes along. Call it balance, call it wholeness, call it righteousness but the fact is that it will never be fulfilled until mankind ceases to seek after his own desires and instead begins to model his own society on the example of Heaven.

As James Bryce wrote in his summary of Dante’s ‘De Monarchia’, “Monarchy is first proved to be the true and rightful form of government. Men’s objects are best attained during universal peace: this is possible only under a monarch. And as he is the image of the divine unity, so man is through him made one, and brought most near to God. There must, in every system of forces, be a ‘primum mobile’; to be perfect, every organization must have a centre, into which all is gathered, by which all is controlled. Justice is best secured by a supreme arbiter of disputes, himself untempted by ambition, since his dominion is already bounded only by ocean. Man is best and happiest when he is most free; to be free is to exist for one’s own sake. To this noblest end does the monarch and he alone guide us; other forms of government are perverted, and exist for the benefit of some class; he seeks the good of all alike, being to that very end appointed.” Until that basic understanding is restored we will only continue to suffer and I will continue to be … The Mad Monarchist.
Posted by MadMonarchist at 12:25 AM