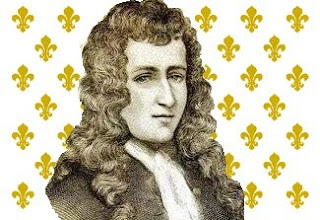 Rene Robert Cavelier was well known to fame in New France (Canada) as a fur trader when His Most Christian Majesty King Louis XIV granted him a monopoly on the fur trade in North America, authorized his further exploration of the colony and gave him the title of Sieur de LaSalle. In one of the most significant expeditions for the Kingdom of France La Salle explored the Mississippi River in 1682, reached its mouth and claimed the entire basin for the King of France, which he named Louisiana in honor of his King and Queen. Then, on August 1, 1684, La Salle set sail with four ships and a group of colonists to return to Louisiana -at least that was their plan.
On route the St Francois was sent to the bottom by Spanish pirates and foul weather caused the remaining vessels, La Belle, Amiable, and Joli to miss Louisiana. On New Year’s Day, 1685, they reached the coast of Texas near Sabine Pass. They were still trying to find the mouth of the Mississippi when the Amiable, carrying the bulk of their supplies, ran aground at Pass Caballo in Matagorda Bay on the Texas coast. That was the last straw for the commander of the flotilla, Captain Beaujeu, who took the Joli and set sail for France leaving La Salle abandoned with only La Belle still afloat.
So it was that Sieur de La Salle was stranded in Texas in 1685 on the shores of Lavaca Bay. Yet, he was not a man to easily admit defeat and he put his men to work tearing apart the grounded ship and using the timber to build a fort. Named Fort St Louis, La Salle hoisted the French flag and claimed the territory; the first time the lilies of France flew over Texas soil. At the same time he continued to sail his remaining ship along the coast, still searching for the great river. However, in May of the following year La Belle ran aground as well and sank. La Salle and the survivors were able to make their way by rafts and canoes back to their comrades at Ft St Louis.
Once back, with no transportation at all, La Salle decided that they would have to try to hike overland all the way to Canada. It was a controversial decision, fraught with danger, but in January of 1687 La Salle and his men set out in 2 teams of 17 men led by La Salle and his nephew Moranget. The second group soon ran into trouble. On March 19 two buffalo were killed but Moranget would not allow his men the best meat and that night three men; Liotot, Duhaut and Hiens killed Moranget and their Indian guide as they slept. Once the deed was done they knew that to save themselves they would have to kill La Salle as well.
On March 20, when his nephew did not report in, La Salle left Henri Joutel in command of the first column and went looking for Moranget accompanied by the priest Father Anastasius Douay. The three murderers and the rest of the group of mutineers concealed themselves in tall grass by a river and when La Salle passed Duhaut fired his musket, hitting La Salle in the head and killing him instantly. No one really knows where the murder happened but a statue of La Salle stands in Navasota in Grimes County, Texas to mark the death of the intrepid explorer. The mutineers left the body in the bushes “for the beasts to devour”.
Father Douay expected to be killed as well but the mutineers promised not to harm him. The ragged group rejoined the first column and promised death to anyone who tried to report them to the French authorities. Joutel and Abbe Jean (La Salle’s brother) promised silence and the murderer Duhaut took over and the party returned to Fort St Louis. However, things went from bad to worse when two of the mutineers were killed fighting over tools. Seven men loyal to La Salle decided to try again to reach Canada but the remaining mutineers stayed behind, fearing French justice more than the wilds of Texas.
That rough group managed the seemingly impossible, trudging into Montreal, Canada in August of 1688 after a trek lasting 20 years from Texas to Quebec. Meanwhile, back in Texas, the remaining mutineers in Fort St Louis were overrun in an Indian attack. The survivors were made slaves but, hearing of the French incursion, the Kingdom of Spain sent an expedition to deal with any potential threat on their northern frontier. General De Leon reached the ruined remains of Fort St Louis in 1689. The Indians handed their French slaves over to the Spanish who were given the choice of jail or service in the Spanish navy.
Such was the end of the third and last expedition of the explorer La Salle to America. The establishment of a French fort in Texas, though not long-lasting, had an impact on history by stirring the Spanish to take more seriously the colonization of the area as well as pushing them to construct a line of missions and presidios across Texas to guard against any future threat from the French. None were to come but the name of La Salle is still an honored one with numerous landmarks, streets and a distant county bearing his name. It was also thanks mostly to him that the flag of the lilies of France still flies proudly in the Lone Star State to this day.
Posted by MadMonarchist at 1:20 AM