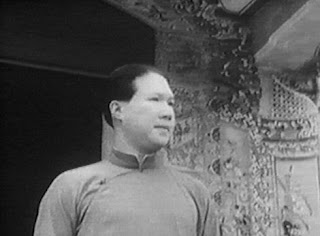 It was on this day in 1945 that the last Emperor of Vietnam abdicated his throne, handing power over to the representatives of the "Democratic Republic of Vietnam". The communist-led VietMinh had already taken effective control of the country before presenting their demand for the Emperor's abdication. The Allied powers had already ignored the Emperor's declaration of independence and with the VietMinh holding all the cards he had little choice in the matter. It was suggested he might flee to the imperial tombs and try to hold out and bide his time, but the Emperor, educated in France, recalled what fate befell Louis XVI for his effort to flee the forces of revolution. Others suggested using the Japanese to defend the "Great Within" as they were still on hand and had yet to be disarmed. This too Bao Dai refused saying he could not use a foreign army to spill the blood of his people. He only asked for a formal ceremony that would be in keeping with the dignity of the Nguyen dynasty. On August 25 he dressed in his formal dragon robes and stood on the balcony over the Ngo Mon Gate to the Forbidden City and read out his abdication. He handed over the imperial sword and seal to the envoys of the new government and the Nguyen dynasty flag was lowered from the "King's Knight" tower and replaced by the red banner. With that, thousands of years of royal history were cast aside and for the first time since the founding of the nation by the Hung kings in 2879 BC Vietnam, the Great South, the Land of the Ascending Dragon, was without a monarch.