The Murder of an Empress 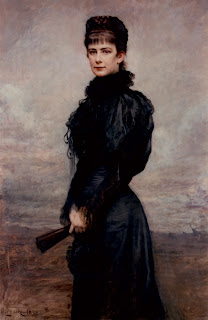 It was on this day in 1898 that the Empress Elizabeth of Austria, Queen of Hungary, was murdered by an Italian terrorist in Switzerland. I will confess that, while I find her a fascinating character, I have never been a big fan of Sissi, but her murder was certainly a horrible act and one all monarchists and all decent people should find horrifying. Her murderer, Luigi Lucheni, famously said, "I wanted to kill a royal. It did not matter which one." Oddly enough it was in Switzerland, one of only two European countries at the time, without a monarchy, that he found one. It was one more tragedy for the long-suffering House of Hapsburg but it is also very revealing about the mentality of so many of those who oppose monarchy (even if they are not murderers). These people who so rail against "class" and social heirarchy and people being given favorable treatment because of their bloodline then turn around and insult people and insist that they be singled out for special punishments just because of their bloodline.
Posted by MadMonarchist at 12:59 AM