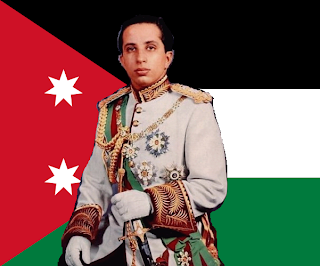 Last night U.S. President B. H. “the One” Obama addressed the nation on the end of active combat operations in Iraq; which of course does not mean that all combat has actually ended but that’s politics for you. Looking back on the years of warfare in that ancient country it is hard (and obviously was for the president) to look at exactly what the significance of the end of combat operations was. No one was declaring victory, the enemies of the new Iraqi regime are still operating and dangerous, the government is still…well, there is no government as of now, insurgent attacks have been down and the Iraqi forces have been built up though U.S. Special Forces are remaining in the country to continue support. The horrific regime of Saddam Hussein is gone but we still do not know what will replace it. So far the trend has been toward the long repressed Shiite majority who are supported by their co-religionists in Iran. Oddly enough, it was to prevent this exact situation that the U.S. once supported Saddam Hussein and his tyrannical regime.

Iraq has been in a less than ideal state ever since the tragic end of the monarchy and the unspeakably brutal regicide of the young King Faisal II. This was done by some future members of the Saddam Hussein regime and just to show what side of the political spectrum they were on, once the royals were massacred and the monarchy destroyed they quickly got cozy with the Soviet Union. The era of the Kingdom of Iraq was certainly not trouble-free but it was the only period of the history of the Iraq we know today that was stable, moderate and even modern. But, the British had been the driving force behind the Kingdom of Iraq, established with the carve-up of the Ottoman Empire after World War I, and the end of the British Empire also spelled the end of the Kingdom of Iraq which could no longer count on British support. To make matters worse, not all monarchies in the Middle East showed sufficient solidarity when revolutionary elements began to raise their ugly heads.

One thing which I have always maintained (and been frequently criticized for) is that the end of the Saddam Hussein was a good thing for Iraqi monarchists and of course this would not have happened without the war. Iraqi monarchists, after the destruction of the former regime and the establishment of democracy, were at least able to compete in national elections. They stood very little chance of course but that a little chance, no matter how little, was still more than the absolutely ‘zero’ chance they had under Saddam Hussein. There were some hopeful messages from time to time but the legitimate leadership of the royal house was disputed, there was the religious difference between the Royal Family and the majority of Iraqis as well as the lingering legacy of the Kingdom of Iraq as a “puppet” state of Great Britain. That is not entirely true of course but has some truth to it at least and requires a more broad mind than many seemed willing to try for.

The problem, of course, is that the absence of the monarchy led to the very feelings that created the current radicalism and makes a restoration of the monarchy so difficult, even more difficult than in Afghanistan for example. Also, the fact that monarchists were able to compete politically for the first time since the fall of the kingdom does not, by itself, totally justify the war either. However, if you want to go back to the original root of the problems in Iraq and the Middle East as a whole you must go back, as usual, to World War I and the Ottoman Empire. The great powers of the world once realized that the Ottoman Empire had to be maintained, despite its own decay and the continuous chipping away at it, because they realized, at least back then, that there would be chaos in the wake of an Ottoman collapse. They recognized that very dangerous forces were under the surface in much of the Middle East and that it was only the Ottoman Sultan who kept them under control.

When the Allies, primarily Britain and France, saw the Ottoman Empire collapse and divided it up between them, they effectively removed the cork from the bottle and allowed the genie to escape. Ever since that time there has scarcely been a single period of lasting peace in the area. That being said, there should also be no doubt as to what type of government has been more successful -the monarchies established with or protected by the British or the republican governments set up under the influence of the French. Compare the monarchies of Jordan or Kuwait with the situation in Lebanon and especially Syria. The Kingdom of Jordan was founded under similar circumstances to Iraq and their success, despite lacking the mineral resources of Iraq, should serve as an example. Ultimately, however, as is almost always the case but rarely admitted, it is the Iraqis who hold their destiny in their own hands and certainly moreso from this point onward.
Posted by MadMonarchist at 12:29 AM