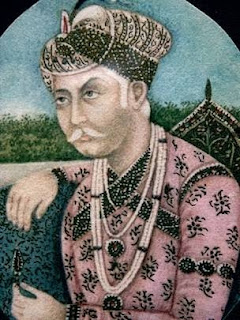 The man known as Akbar the Great was the third monarch of the powerful Mughal Empire which dominated most India and much of south central Asia. He would rule more of India than anyone in history up to the era of British colonial rule. He is remembered today as a great conqueror, builder, lawgiver and a fair ruler of a very diverse population, particularly in religion. He was born Jalaluddin Muhammad Akbar on November 23, 1542 in Umerkot, Sindh (modern Pakistan) to Emperor Humayun and his wife Hamida Banu Begum. When his parents were driven into exile in Persia by the Pashtuns young Akbar stayed behind and was later raised by an uncle in what is now Afghanistan. He grew up strong and determined, very athletic and adventurous but without much of a formal education. He would be illiterate for his entire life and yet, rather like Emperor Charlemagne in the west, this did not mean he was ill-informed or unrefined in taste or habits.

When his father returned during a struggle over the succession Humayun captured Delhi but died shortly thereafter. At only 13 years old Akbar succeeded to the Mughal throne in 1556 though it was still a throne he had to fight for. However, military campaigns were to take up a considerable portion of his reign and Emperor Akbar proved more than up to the challenge. In the beginning his army was often led by Bairam Khan who was also guardian of the young emperor. Eventually, however, he launched a rebellion against his former charge and it took a difficult military campaign to defeat him and for Akbar to consolidate his rule and begin expanding his empire. His forces won a number of stunning victories that destroyed the power of the Hindu kings and extended Mughal control across Afghanistan, Pakistan and northern India though it took about twenty years to accomplish it. No other Mughal emperor would ever surpass his achievements on the battlefield and the Mughal Empire would never be bigger or stronger than it was during his reign. Yet, as adept at warfare as Akbar was, that is not how he is most remembered today.

Instead, Akbar the Great is today known for his epic building programs, ushering in the magnificent Mughal style of architecture. He was also known for reaching out to the now sidelined Hindu elites of India. He took Hindu princesses into his harem, abolished the tax on non-Muslims in India and abolished the tax which had formerly been collected on Hindus whenever they went on a pilgrimage. In time the Muslim emperor was admired and revered by most of the Hindu population. His tactic of marrying the daughters of powerful Hindu rulers was also quite effective and it is estimated that by the end of his life Emperor Akbar had more than 4,000 wives! He not only tolerated Hinduism but even participated in some Hindu customs to show that he was truly their monarch as well.

Akbar the Great reformed the tax system, streamlined the government and greatly improved the lives of his people. His court was very cosmopolitan and included people from various nationalities and religious backgrounds. He enjoyed assembling Islamic scholars, Hindu teachers, Jesuit priests and so on for religious debates. He established friendly diplomatic relations with the Portuguese who had already established a number of fortresses on the west coast of India. When the Ottoman authorities harassed Mughal pilgrims making the Hajj there was even a plan developed by Emperor Akbar to attack Yemen in alliance with the Portuguese but nothing ever came of it. The Portuguese ultimately attacked on their own but were repelled by the Ottoman navy. At home, Akbar was something of a renaissance man, as interested in art, architecture, crafts, philosophy and religion as he was in war and government administration. His empire was remarkably religiously tolerant, though it must also be said that all of his officials were not as open-minded as he was and religious harassment if not outright persecution did occur, particularly regarding the Christians who were the weakest of the religions present in India at the time.

Emperor Akbar carried his religious tolerance to such an extent that by the end of his life there was an effort to create a unique religion combining aspects of all others, though the extent to which this was a serious quest for a true “religion” may be debated. In any event, most could agree on very little aside from the great esteem in which they all held their emperor and it dissolved after his death which came on October 27, 1605 in Agra. During his life, Akbar the Great had risen from royal but humble origins, was forced to fight for his inheritance, defeated his enemies, built an empire that dominated the subcontinent and gained international fame for the beauty, splendor and freedom of his dominion. He remains probably the most widely revered and celebrated Mughal emperor of India.
Posted by MadMonarchist at 12:44 AM