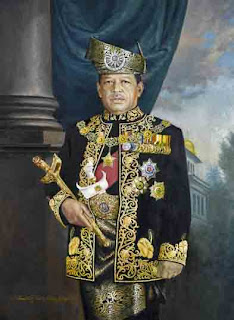 Today the southeast Asian Kingdom of Malaysia celebrates the anniversary of the establishment of the Malaysian federation in 1963 when Malaya, North Borneo, Sarawak and Singapore came together to form the modern nation of Malaysia after Malaya, Singapore and North Borneo declared their independence from the British Empire. The UN stepped in to ensure all was done according to the democratic process and Malaysian King Putra of Perlis gave his consent after the bill was passed through parliament. The UN involvement came mostly as a result of the opposition of Indonesia and the Philippines to the unification. Today the Kingdom of Malaysia stands out in the southeast Asian region as a relatively prosperous, peaceful and stable country although this year there is some royal discord accompanying the Malaysia Day festivities. In the state of Kelantan the new Sultan has been involved in a dispute with his brother after taking the throne from their father after he suffered a stroke. It remains to be seen how that will play out but, in any event, a happy Malaysia Day to all the loyal monarchists of the Kingdom of Malaysia and best wishes to their current sovereign King Mizan Zainal Abidin of Terengganu!
Posted by MadMonarchist at 2:57 AM