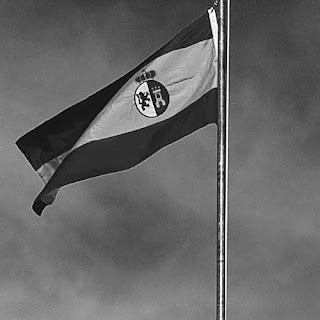 Today it is fashionable to portray all imperialism as a terrible thing and Spain seems to have a worse reputation than others. Part of this is due to the fact that so much of history has been dominated by the English-speaking world which was very antagonistic toward Spain. Yet, much of it also comes from Spanish-speaking countries as well. Spain is a convenient punching bag to excuse the problems that still exist in many of these countries. Bring up Spain to many Mexicans even today and they will still accuse their poor economy on the fact that Spain “stole” all the gold and silver from their country centuries ago. That, of course, doesn’t wash with me. Becoming independent means you become responsible for your own success or failure from that point on and you can’t keep blaming all your problems on your predecessor. You’re in charge -do something about it. The fact is, this anger toward Spain is entirely misdirected. The Spanish-speaking world is, overall, in a poorer state than the English-speaking world but there are many reasons for that, one of which is anti-Spanish bigotry itself. Allow me to explain. 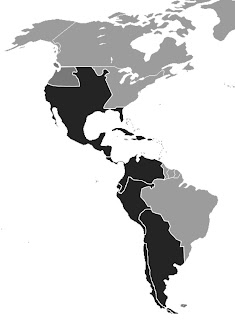 No matter what sort of system you have (though that certainly matters) any society will be better off if it is united, stable and peaceful. Stability is good for business and as long as things are stable, people can usually adapt to most other problems. The English-speaking world had this and the Spanish-speaking world didn’t partly because, with the exception of the United States, the British Empire did not fall apart with colonial peoples turning against the mother country. In fact, even in the United States, at least after that little spat in 1812, most Americans felt some level of kinship with Great Britain and the British and Americans became close friends and allies. Yet, on the other hand, be it in Mexico, Venezuela or the Philippines there remains a great deal of animosity directed against Spain. The independence movements that led to the breakup of the Spanish Empire also inevitably led to numerous wars between the new countries which also bred long-lasting rivalries and animosities between Spanish-speaking nations which even today hamper efforts to foster greater cooperation between Latin American countries.

We also cannot avoid the racial aspect. This presents some uncomfortable facts and, in a way, does not paint a very good picture for the advocates of racial integration. The Spanish Empire led to the birth of an entirely new ethnic group unseen on such a scale elsewhere, certainly in the British Empire. Although there was always some mixing, for the most part, British colonists kept themselves segregated from the native populations in America, Africa, India or Australia. They also brought over more families (women included) to their New World colonies. The Spanish, largely, did not do this and the Spanish settlers who did come had no hesitation about mixing with the natives. The result was the mestizo ethnicity, originally a half-European, half-native mix but with the native becoming more dominant over time due to their greater numbers. This ethnic group is by far the dominant majority in Latin America and they tend to more closely identify with their native roots than their Spanish ancestry. This has led to some exaggerated nostalgia for the pre-Columbian civilizations in addition to the lingering hostility toward Spain. Again, this hostility is misdirected. 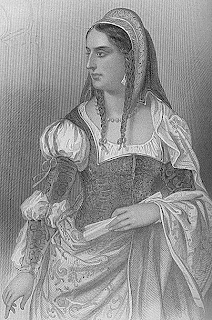 Spain is often criticized for the destruction of the native civilizations of Latin America such as the Incas and the Aztecs, with the Aztecs probably being the most famous. This is unfair, to some extent at least, for two basic reasons. In the first place, one cannot blame an entire nation for the misdeeds of a few. It is also often forgotten that, when Columbus was first dispatched on his famous voyage of discovery, Queen Isabella was adamant that the natives not be enslaved or mistreated but were to be regarded as free peoples “for as such they are”. It is also often forgotten that, initially, such as in Mexico with the Aztecs, the Spanish tried to work through the native leadership. Contrary to popular belief, Montezuma II was not the last Aztec emperor, nor was he even the next-to-the-last. It is also true that the Spanish did not arrive in the New World and immediately carry out a campaign of genocide to wipe out the native people. The vast majority of natives who died did so as a result of disease. Was it the Spanish who brought these new diseases? Yes, but it was inadvertent and the spreading of disease was something even Europeans didn’t fully understand at the time. 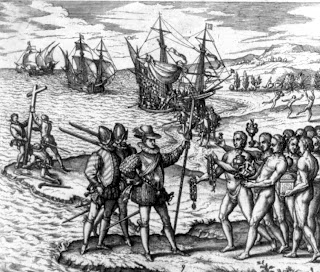 Finally, there is the most politically incorrect aspect of Spanish imperialism which was the much lamented destruction of native cultures. Take the Aztecs, again, as an example. I may be mad but I fail to see how this was a bad thing. Although the Aztec civilization was highly advanced in many ways it was also an extremely brutal civilization that practiced mass human sacrifice. They were also brutal in their treatment of conquered peoples which is why so many non-Aztec natives were so willing to ally with the Spanish against their Aztec overlords. Today it has become fashionable to shrug off the human sacrifices as not being terribly important. Unfortunately, it WAS very important. It was the dominant feature of their religion and a constant occurrence. The Aztecs believed people had to be sacrificed just to make the sun rise every morning. The destruction of a civilization like that, even if not always done for entirely pure reasons, was hardly a loss to the world. Although every people everywhere will always have their good points and their faults, whether it is the Spanish and the Aztecs, the British and the Thugee of India or the Romans and the Carthaginians, we should not permit the recent trend of moral relativism to condemn people for putting a stop to clearly vicious and barbaric practices. 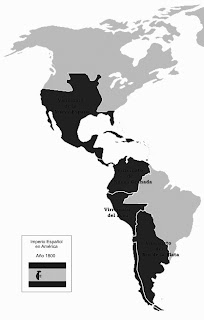 The fact is that the Spanish Empire led to the development of a huge part of the world and had it remained intact longer all Spanish-speaking countries would probably be better off. Whole countries, populations and ethnic groups today would not exist at all were it not for the Spanish Empire and it was more far reaching and successful than most people realize. There were actually Spanish outposts as far north on the Pacific coast as modern-day British Columbia and although many like to portray the history of the Spanish Empire as an inevitable downward spiral after the death of King Felipe II, it actually revived considerably in the Bourbon era, particularly during the reign of King Carlos III when Spain again fought Great Britain, mostly in the Americas, and achieved all of their goals with the exception of the re-taking of Gibraltar. It is also worth remembering that the Spanish Empire was well established long before the first pilgrim fathers ever set foot on the shores of Massachusetts and that New Spain was the most advanced center of learning and technology in all of North America virtually right up to the time of its fall. In North America, the very first universities, medical schools, printing presses and so on were all established in the Spanish colonies. 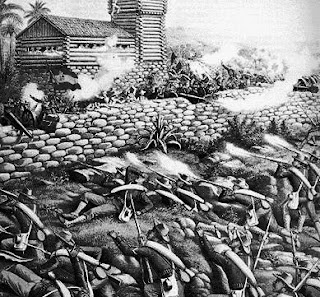 Far from being blamed, Spain should be credited with the large and advanced empire she built. Where Spain can be blamed to some extent is in allowing it to collapse through a failure in keeping order at home. The Napoleonic invasion was traumatic enough but King Fernando VII did himself no favors with his erratic changes in policy and tinkering with the established rules of succession. After his death the Carlist wars plunged Spain into a very, very long period of internal conflict that prevented them from properly defending her colonies from rebel forces or retaking those colonies when it was still possible to do so. By the time the remnant of the empire was finished off by the United States in the Spanish-American War, Spain was left with only a few minor footholds on the coast of Africa and even then they were still not finished fighting each other until Franco got everyone opposed to the republic on one side (finally) and killed the communist revolutionary beast (yes, with a little help from Hitler and a lot of help from Mussolini, we know, we know…) and even after his decades in power he still didn’t manage to get everyone on the same page. So, from instability in Spain to the influence of revolutionary Freemasonry and intervention from foreign powers, there is blame to go around in determining what brought down the Spanish empire. However, most countries were much better off under the Crown of Spain than they have been since independence and they would be well advised to put past grudges behind them and come to a new understanding with their fellow Spanish-speaking peoples.
Posted by MadMonarchist at 2:24 AM